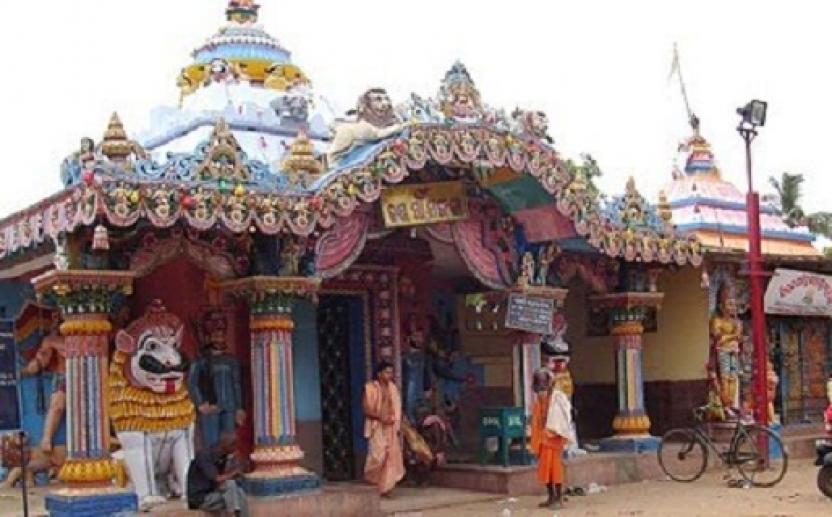 Kakatpur: Impasse continued at Maa Mangala Temple at Kakatpur in Odisha’s Puri district with the servitor’s body still on dharna protesting against the arrest of three servitors by the local police for allegedly assaulting some devotees on Sunday.

Talking to mediapersons on Tuesday, senior servitor and former president of Maa Mangala Temple Trust Board Lalit Kumar Dikshit said the meeting between the servitor’s body and the district administration remained inconclusive. “We will continue with the dharna till our demands are met. If necessary, we will seek the intervention of the Chief Minister,” he added.

The servitors who have been staging a dharna on the temple premises since 7 am on Monday, had a meeting with the Nimapara SDPO Niranjan Padhi and Kakatpur tehsildar Rojina Das at about 12 pm. However, the two-hour meeting remained inconclusive.

Talking to the media after the meeting, the SDPO said the meeting with the servitors is on. “We have informed the matter to the higher authorities and we hope that the impasse will be resolved very soon,” he pointed out.

Later, the families went to Kakatupur police station and lodged a complaint to which the police, after investigating into the matter, arrested three servitors and forwarded them to the court.

Protesting against the action of the police, the servitors staged dharna in front of the temple. Alleging that the police had intentionally made the arrests, the servitors’ body claimed that the family members had attacked some of the servitors inside the temple which was captured in the CCTV camera.