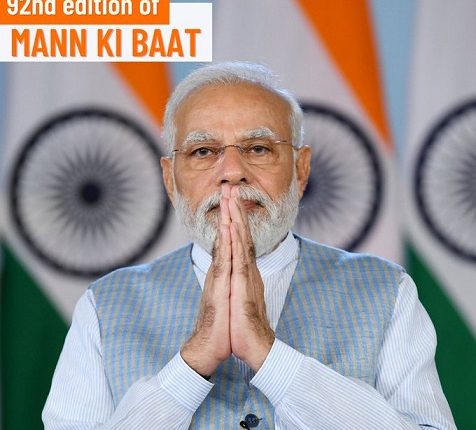 With the festival month of September only a few days away, Modi extended his greetings to people for several upcoming festivals — Ganesh Chaturthi, Onam, Nuakhai and Samvatsari Parva, among others.

“Just a few days from now is the festival of Ganesh Chaturthi. The festival of Nuakhai will also be celebrated in Odisha on September 1. ‘Nuakhai’ simply means ‘new food’. This too, like many other festivals, is associated with our agricultural traditions,” the Prime Minister said.

“Onam, Hartalika Teej and Samvatsari Parva are also in September. All these festivals of ours are synonymous with our cultural prosperity and vitality. I wish you all the best for these festivals and special occasions,” he said.

Modi reminded that while September is a month of festivals, the annual ‘Poshan Maah’ against malnutrition is also held in September and urged citizens to actively participate in it.

With the UN passing a resolution declaring the year 2023 as the ‘International Year of Millets’, Modi said it was a matter of pride that this proposal of India was accepted by more than 70 countries.

The PM said when world leaders come to India, it is his endeavour to get dishes prepared from millets in banquets.

Emphasising that India is the largest producer of millets in the world, he urged citizens to turn it into a mass movement.

“It’s my request to my farmer brothers and sisters to adopt millets. Many startups are emerging to work on millets. In this festive season, use millets in most dishes. You must share such pictures so that it can help increase awareness among people about it,” he said.

Our Love For Chinese Food