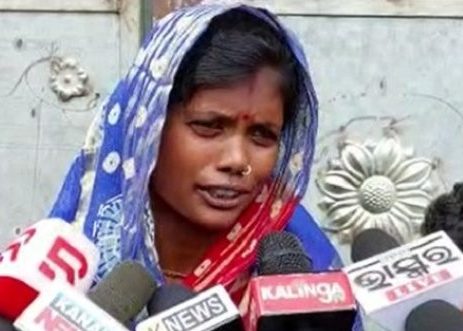 Balasore: A man in Odisha’s Balasore district has refused to let his wife and daughter live in his house reportedly because he is upset with their dark complexion.

Refused entry into the house, the woman and her daughter have been squatting outside the house since Wednesday.

According to reports, Chandan Das of Tadada village in Balasore district married Jyotsna Das of Jantikapal village in the same district in 2013. They have a daughter. Both mother and daughter are dark-complexioned, upsetting Jyotsna’s husband and in-laws.

Jyotsna and her daughter were allegedly regularly harassed and even thrashed by her in-laws because of their skin colour, reports said.

This Ganesh Puja, Jyotsna had to admit her daughter to the district headquarters hospital after she fell ill. After she recovered and they returned home on Wednesday, Chandan, however, allegedly locked the gate and is not allowing them to enter the house.

Jyotsna alleged that Chandan was having an affair with a girl in Mumbai where he works.