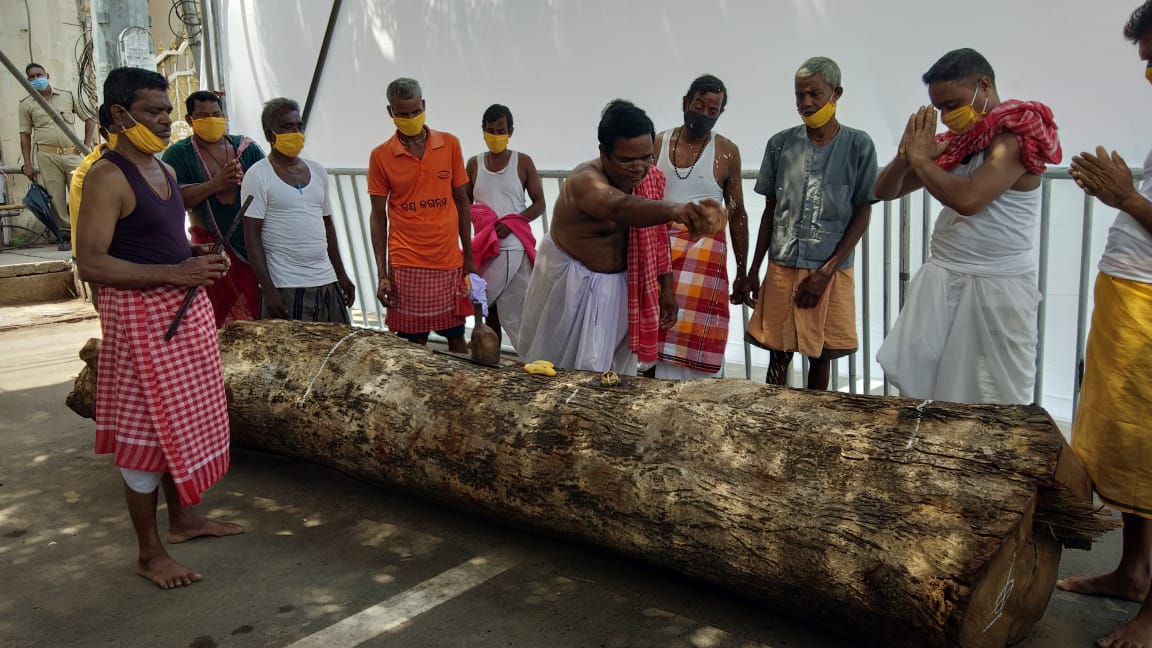 Puri: A day after the go ahead from the Union Home Ministry, the much-awaited chariot construction work for this year’s Rath Yatra commenced here on Friday.

The Maharanas (carpenters) started the work at ‘Ratha Khala’ (workshop) on both sides of the Grand Road in front of the Jagannath temple office and the Sri Nahar palace with the consecration of the logs for the wheels of the chariots of the Lords. 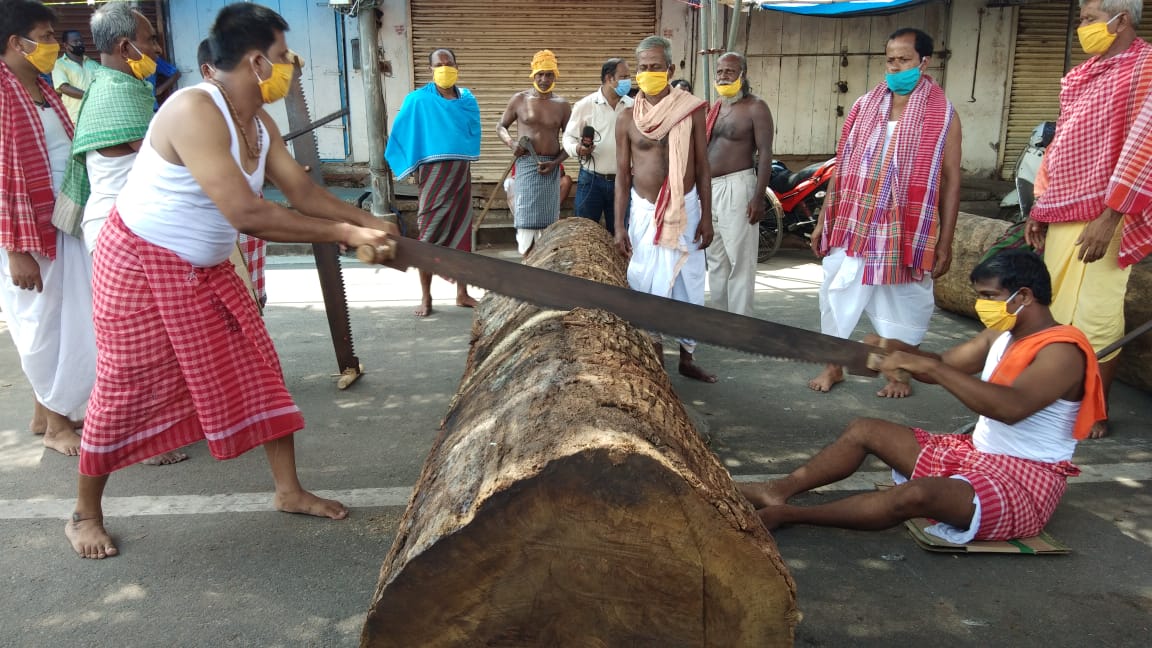 The Akshay Tritiya rituals were performed inside the Jagannath Temple amid the nationwide COVID-19 lockdown, which prohibits religious congregation, on April 26. However, uncertainty over chariot construction work continued as the state government remained silent on the issue despite an appeal by the Jagannath Temple Managing Committee for permission for the same after a meeting on May 3. 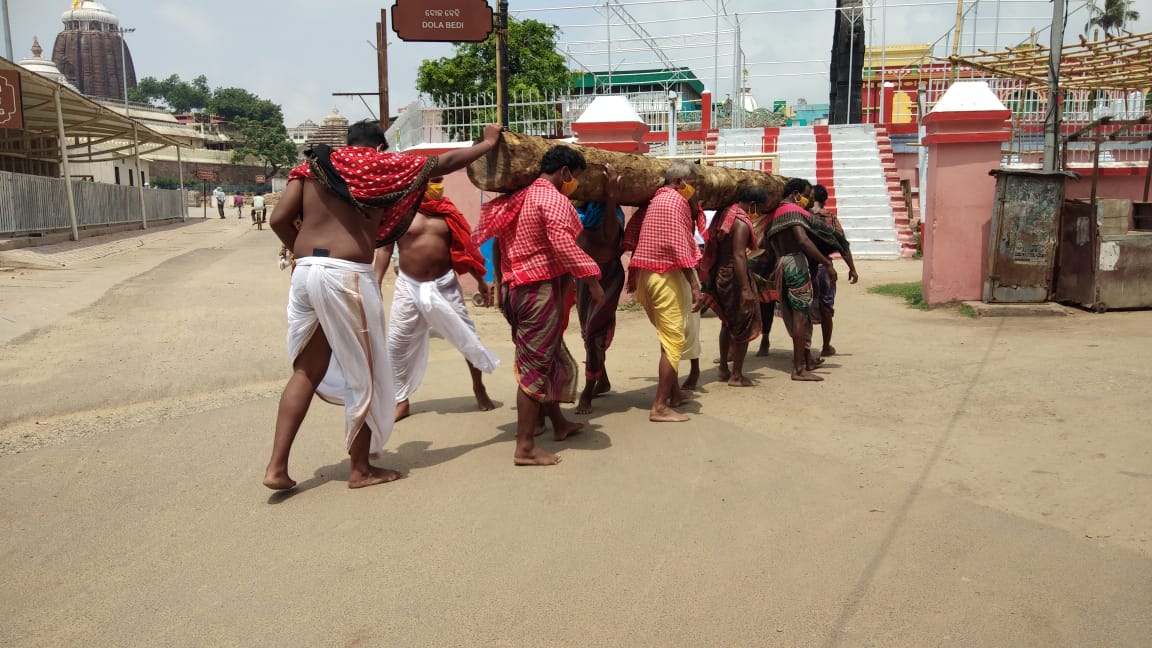 Considering the religious ramification of the delay in starting the work, the Odisha government finally wrote to the Centre on May 6 seeking the green light for chariot construction work.

The same day, the sevayats of the 12th century shrine criticized the government for its ‘double standards’ in matters relating to the Rath Yatra scheduled on June 23. They had also expressed doubts about Rath Yatra being held this year. The chariot work had already been delayed by 11 days by then. 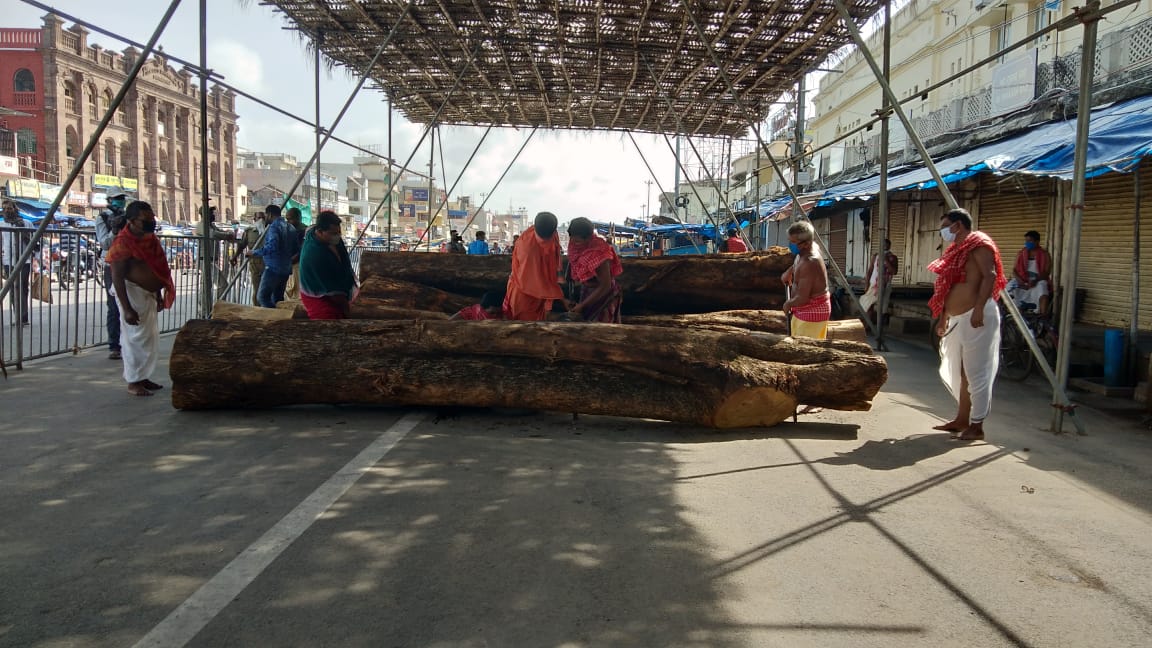 On May 7, the ministry allowed the construction work to go ahead, but categorically stated that no religious congregation should take place at ‘Ratha Khala’ and complete segregation of the site should be ensured. 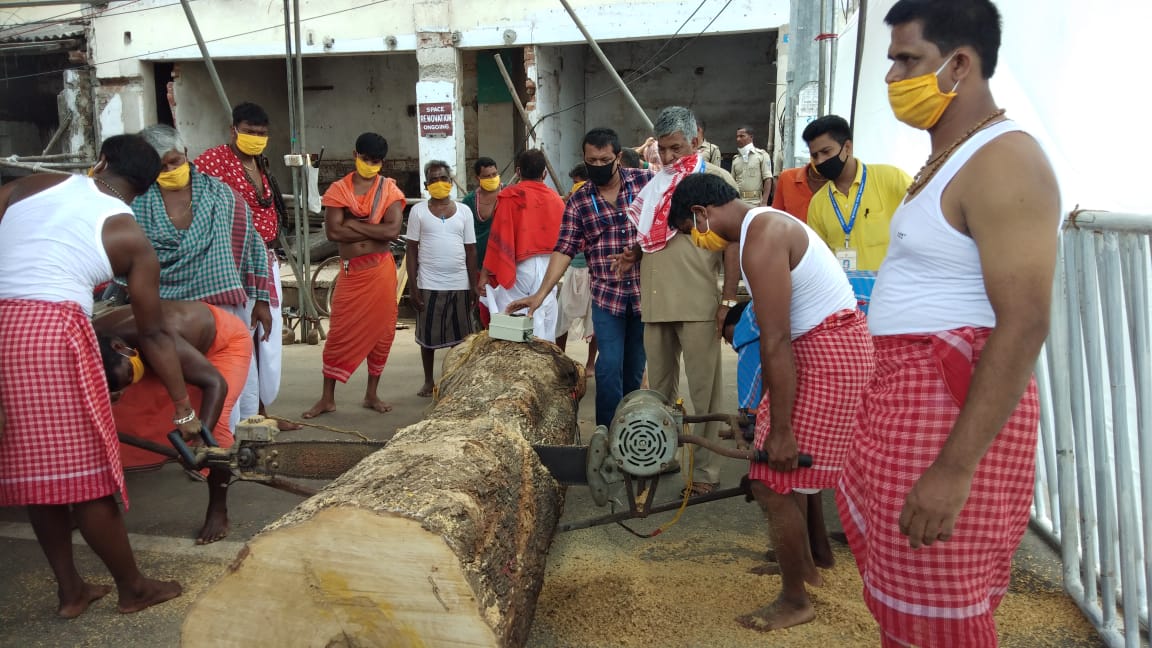 However, it left the decision of holding the annual Rath Yatra to the state government, keeping in view the conditions prevailing at that point of time.