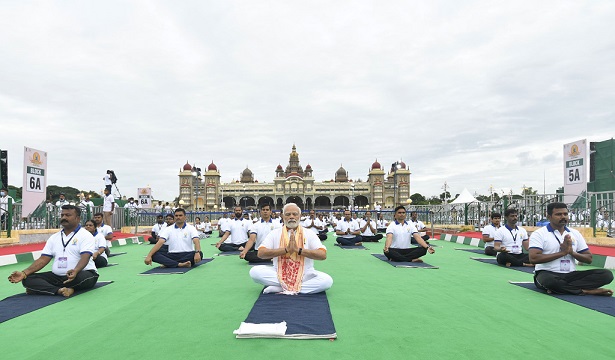 Mysuru/Bhubaneswar: Prime Minister Narendra Modi on Tuesday led the country’s Yoga Day celebrations from Karnataka’s Mysuru. “Yoga is no longer a part of life, but is becoming a way of life,” he said, addressing the event at the Mysore Palace grounds.

“No matter how stressful an atmosphere we are in, meditation for a few minutes relaxes us and boosts our productivity. So we should not consider yoga an additional work. We have to know yoga and live yoga and make it our own,” the Prime Minister added

In Odisha, thousands gathered across the state to mark Yoga Day. The day is being marked at 75 historical sites including three from Odisha — Jagannath Temple in Puri, Sun Temple in Konark and Tampara lake in Ganjam.

International sand artist Manas Kumar Sahoo has created a sand art on Puri Beach near the light house Baliapanda on the occasion.

Renowned sand artist Sudarsan Pattnaik has created a seven-foot sand sculpture of Modi doing yoga at a beach in Puri to mark the day. Pattnaik used around six tonnes of sand to create the sculpture depicting ‘Surya Namaskar’. 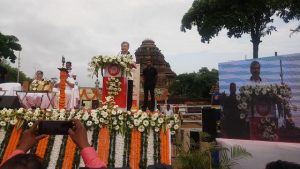 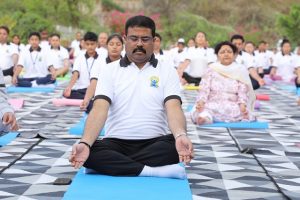 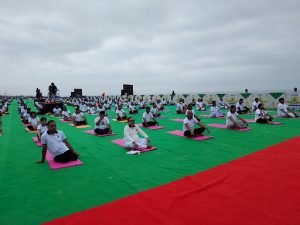 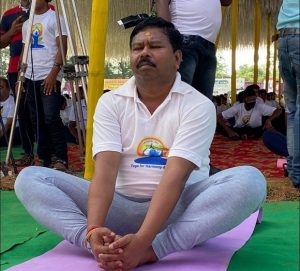 Survey For Rly Connection To Odisha’s Konark Soon; Puri Station To Be Developed In 2 Yrs