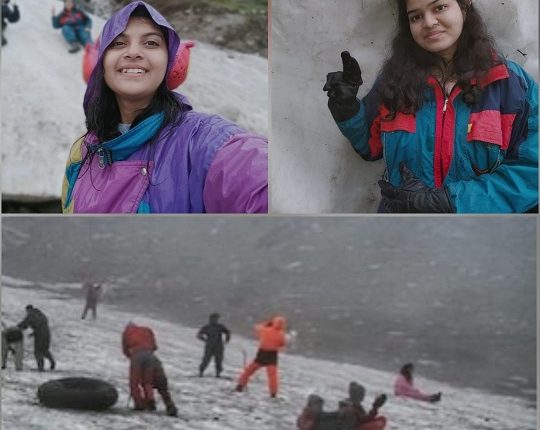 Rayagada: It was June 17 morning. The view of the Himalayas from Rohtang Pass in Himachal Pradesh was breathtaking. A group of more than 150 tourists was enjoying the scenery when it started raining. The snow under their feet started melting and big chunks of snow started sliding towards them.

Terrified, the tourists started climbing down hurriedly to a safer place. The tourists included two families from Odisha. Akanshya Sahu, a resident of Rayagada, and her cousin Ayushi Sahu, from Paralakhemundi, along with their family members.

Akanshya, Ayushi and their family members managed to climb down to safety. But they soon realised that four tourists — two women and two children from Rajasthan — were still trapped in the snow, were in danger and unable to move out on their own.

Disregarding their own safety, Akanshya and Ayushi climbed up again and managed to rescue them. They first carried the two children down and then brought back the women to safety.