India-England Series: Away From Home, Visitors Have To Measure Up To Great Expectations 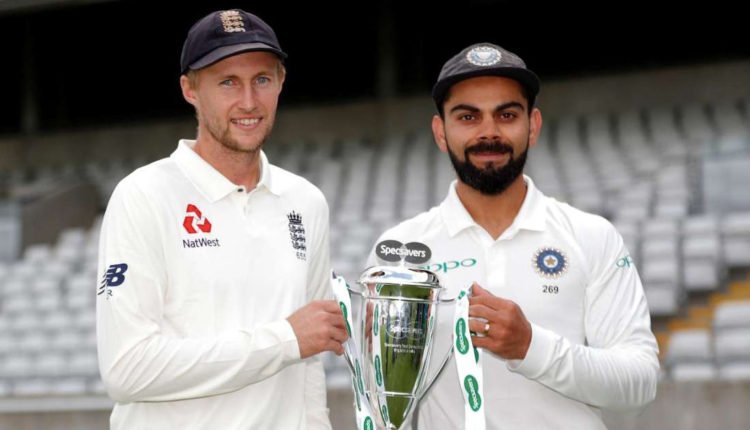 Expect Jofra Archer to glide in like the sleekest car in the market and deliver the nastiest of hits on the helmet. Expect an ageing James Anderson to make the cricket ball shimmy in the air and breach the sturdiest of defences. Expect Ben Stokes to leave cricket lovers awestruck with his all-round skills besides grit and can-do spirit. Expect touch artist Joe Root to carry his recent form to India and dazzle all with his lazy elegance with the bat. Expect the entire English team to shine in its cricketing duel against a buoyant India still to work off the hangover of the terrific series victory Down Under. A brilliant series is built on great expectations.

Long ago, when Test matches between India and other major cricketing nations were infrequent and stories of heroics of individual players or teams in far-off places reached the cricket lover in a trickle through sparse media, expectation before a series – One-Dayers were not a regular part of the fixture then – were largely built on imagination. The mythology of certain overseas players reached cricket lovers far ahead of the players themselves. They were already larger-than-life figures with great curiosity value. Vivian Richards, Gary Sobers, Geoffrey Boycott, Michael Holding, Ian Botham, Deniss Lillee, Malcolm Marshall, Martin Crowe – such names created that sense of anticipation.

As did the teams. Think of the West Indies of the 1980s with their fearsome pace quartet of Holding, Andy Roberts, Joel Garner and Colin Croft or the Australians with the Chappells and Lillee and Jeff Thompson or an English team comprising Botham, David Gower and Bob Willis among others. The buzz around teams and the prospect of seeing them in action were an experience in itself. The bonus was when the home team mounted a robust resistance and snatched a victory or two.

Decades later, expectations still rise when cricketing powerhouses lock horns and heroes match skills. But without the beauty of the myth. Tours happen at quick intervals, killing the role of time in shaping imagination and letting it grow. Then there is the factor of familiarity. More and more short format games and access to them through television in real-time had already numbed the curiosity factor; it faces total erosion now with Twenty-20 league cricket, which puts greats and lesser players together in team combinations across the world. We just see too much too soon and know too much about them. In moviedom, stars are advised to be elusive to the public to protect that X factor called mystique. The myth of cricketing superstars and teams used to be erected primarily on this.

The dip in the awe quotient is to a big extent due to the emergence of our own home-grown superstars too. In those times, India could boast of only a few players of international quality. Beyond Sunil Gavaskar and Kapil Dev only a few names of that era spark quick recollection. The Sachin Tendulkar generation heralded a credible assembly line of global icons. In the age of Virat Kohli, Indian players no more need to be judged by the standards of those from other countries. They set the benchmark for excellence.

To come back to the England team visiting India, it’s a squad packed with potential match winners. We know Jofra can hurl those 150-km thunderbolts, Anderson and Stuart Broad, with 895 international wickets between them, can rattle any top order, Root with 8000 plus runs under his belt can frustrate any bowling attack and the likes of Jos Buttler, Jonathan Bairstow and Sam Curran can change the course of a match in a few overs. That incredible 135-run inning from Ben Stokes, rated among the best in modern-day cricket, in the Ashes 2019, is a reminder that England can be a fiercely competitive side behind the self-effacing veneer. Any expectation from this side is not out of place. Myths can wait.

Will they deliver? They can and they might. But India is not England, particularly early cricket season England. For the home team the weather, the swing and the pitches are a force-multiplier. The challenges are much bigger there for visitors, and winning a matter of special pride. That makes the thrill quotient in an Indian team’s visit to England much higher than the latter’s visit to India for genuine lovers of the game. For India, from their perspective, it is the final frontier. Perhaps for the die-hard fans of the England team India could be the same. Their team has to work without the advantage of home conditions, and thus the test is much tougher.

Graeme Swann, the former England off-spinner, recently said winning against India in India is a bigger challenge than the Ashes; it should be rated so. Yes, it must be. India are a different team these days. England must beat the best away from the comfort of home. This is how reality stands. Now, let expectations soar.

NIT Rourkela To Work For Uplift Of Odisha’s Backward Districts