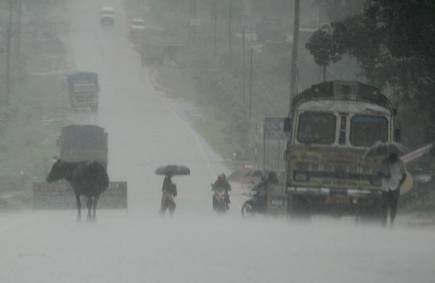 The season’s rainfall in India is 10 per cent above normal so far. Considering that the month of July recorded 9 per cent short of normal rainfall, this is a remarkable figure.

Heavy rain in the last three-four recent weeks have resulted in floods in Bihar, Assam, Odisha, Chhattisgarh and Madhya Pradesh.

“Since August 5, there were multiple low pressure systems formed in the Bay of Bengal, which kept the Southwest monsoon in active to vigorous phase. Heavy to very heavy rain was reported across Central India, which is a fairly large area,” an official from Regional Meteorological Centre, Delhi, was quoted as saying.