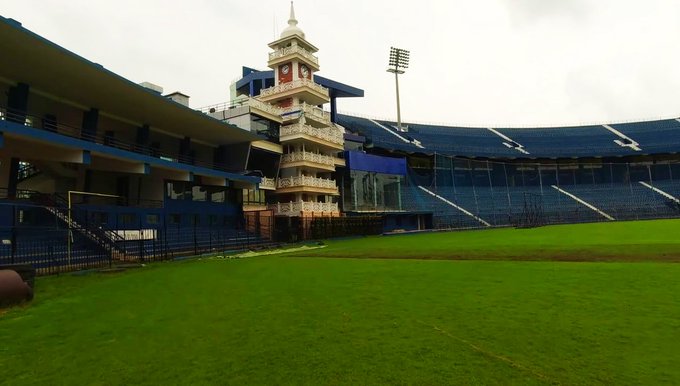 Cuttack: The sale of offline tickets for the T20 International between India and South Africa, to be played at Cuttack’s Barabati Stadium in Odisha on June 12, begins on Tuesday (June 7).

Tickets will be sold from 10 am on Tuesday at the conference hall of Odisha Cricket Association (OCA), for which counters have been set up. Schools, colleges, clubs and other organisations affiliated to OCA can buy the tickets from today as per allotted quota. In all, 8,000 offline tickets will be sold in this category.

However, offline tickets for general public will be sold at different counters of the stadium on June 9 and 10.

Online tickets have already been sold out.

OCA president Pankaj Lochan Mohanty and Secretary Sanjay Behera handed over the ticket to the CM at Naveen Niwas.

The five-match T20I series will get underway at Delhi on June 9, followed by the match at Barabati. The third, fourth and fifth games will be played at Visakhapatnam, Rajkot and Bengaluru.

British Tourist Raped At Goa Beach; This Is Not The First Such Incident Here