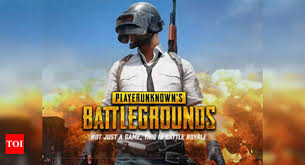 New Delhi: Amid the escalation of border tension with China, the Indian government on Wednesday banned 118 more Chinese apps including PUBG.

The government had previously banned 58 Chinese apps, including TikTok, ShareIt and CamScanner.

The government said in a statement that it had invoked powers under Section 69A of the IT Act, read with relevant provisions of the IT (Procedure and Safeguards for Blocking of Access of Information by Public) Rules 2009, to ban these apps that are “prejudicial to sovereignty and integrity of India, Defence of India, Security of State and Public Order.”

It said the decision was taken in the view of the emergent nature of threats.

The government has received many complaints from various sources about misuse of some mobile apps available on Android and iOS platforms for stealing and surreptitiously transmitting user’s data in an unauthorized manner to servers which have locations outside India.

Sports Quota: 20 New Disciplines To Be Eligible For Government Jobs

Cancer Hospital & Palliative Care Centre In Bhubaneswar To Be Operational By…

Believe It Or Not: Indian Mountaineers Faked Mt Everest…