World Cup: India Yet To Sort Out Its Best Eleven 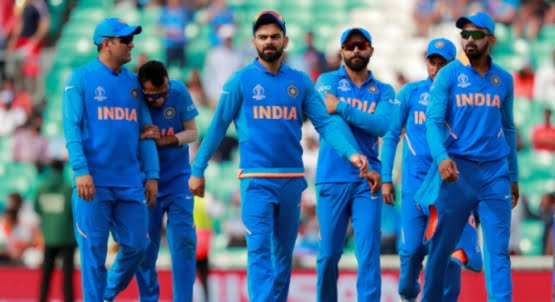 Even before the Indian squad was picked for the World Cup cricket championship in England and Wales, there was an unending debate as to who should bat at No. 4. Views swung from one end to the other with former greats of the game preferring one player over another.

More than a month after the World Cup kicked off and as it nears its business end with India having qualified for the semifinals, the debate has not yet fully subsided.

The search appears to be continuing as Vijay Shankar, who was chosen for the slot, did not exactly put the Thames on fire. Rishabh Pant, whom many thought was ideally suited for the No. 4 spot and whose initial exclusion from the squad sparked a storm, has incredibly found his way into the team and has already batted at that spot in two matches. When Pant was named in the team as a replacement for injured opener Shikhar Dhawan, Vijay Shankar was still in the squad but he was replaced by opener Mayank Agarwal after suffering a toe injury.

Ever since Yuvraj Singh faded away from the scene, selectors have chosen different batsmen for the No. 4 slot in the ODI team. No batsman, however, has actually been able to make the position his own till now. Before the team was selected, the names of Dinesh Karthik, Vijay Shankar, Lokesh Rahul, Manish Pandey, Rishabh Pant and Ambati Rayudu were in circulation. The first three made it to the squad, while many veteran cricketers rued the failure of the selectors to pick Pant. It was learnt that Rahul would be the first choice number four batsman and if needed, he could open the batting as well.

Rahul did come in to bat at No. 4 in the tournament opener against South Africa and made 26 off 42 balls. It was understandable because opener Rohit Sharma was going great guns while Rahul had to play second fiddle. Pant, 21, has so far played two matches against England and Bangladesh. While he made 32 off 29 balls against the hosts, he hit a polished 48 (41 balls) against Bangladesh on Tuesday proving the contention of his supporters that he should have been on the plane to England in the first place.

Pant is only 21 and a precocious talent who needs to be groomed with much care. Many feel that he can bloom into another Adam Gilchrist as wicket keeper batsman.

India is billed to play Sri Lanka in their last outing on July 6 and then the semifinals. The team had a great run in the tournament winning every match (only the tie against New Zealand was rained off) till they came a cropper against the Englishmen at Birmingham.

Despite the winning run, the team management has given the impression that it has not yet sorted out its best playing combination till now. Mohammed Shami was made to sit in the dugout in the matches against South Africa, Australia and Pakistan, and he was brought out only after Bhuvneshwar Kumar was injured. In the encounters against Afghanistan (4/40), West Indies (4/16), England (5/69) and Bangladesh (1/68), Shami has proved his worth with quite a handful of wickets.

The middle order continues to raise concerns as Kedar Jadhav has not done much yet while Mahendra Singh Dhoni, in the twilight of his glittering career, continues to draw criticism for his slow batting with even Sachin Tendulkar questioning his method and intent. Pant appears to have done enough to hold his place at No. 4 to the glee of his supporters.

In fact, KL Rahul batted at No. 4 in the match against South Africa while Hardik Pandya walked in at the fall of the second wicket against Australia and Pakistan (understandably for the big hits as at least one of the openers and Kohli had done well earlier).

While captain Virat Kohli has been scoring freely, though without a hundred till now, Rohit Sharma is having a ball. The opener, in silken form, has hit four centuries in seven matches till now to become the highest run getter (544) in the tournament so far. Bangladesh’ Shakib Al Hasan (542), also having a dream run in the competition, and Australia’s Aaron Finch (516) are in hot pursuit.

But Rohit has been given a reprieve by at least four teams while on single digit before the fireworks began.

KL Rahul, despite the loads of talent he is known to possess, has not been able to showcase the same so far.