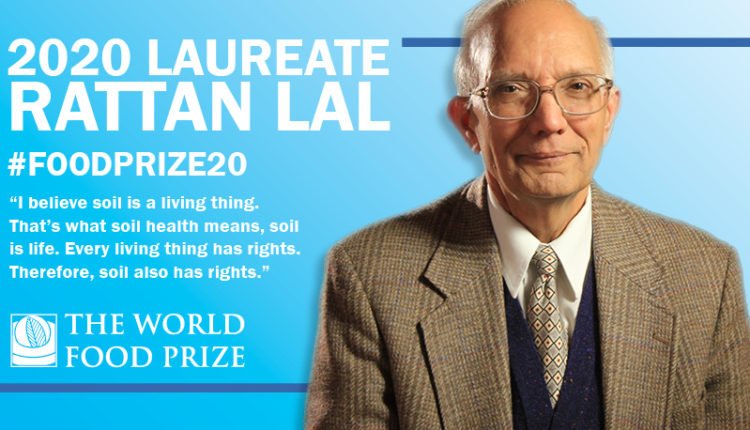 The first recipient of this prestigious award in 1987 was Indian agricultural scientist Dr. M S Swaminathan, the father of India’s Green Revolution. World Food Prize is considered to be equivalent to a Nobel Prize in agriculture.

Dr. Rattan Lal, a native of India and a citizen of the United States is a Distinguished Professor in the College of Food, Agricultural, and Environmental Sciences (CFAES) at Ohio State University. He is also the founding director of the Carbon Management and Sequestration Center in CFAES at Ohio State.

Corona Diaries 35: Into The Future With Stars, Planets & Experts