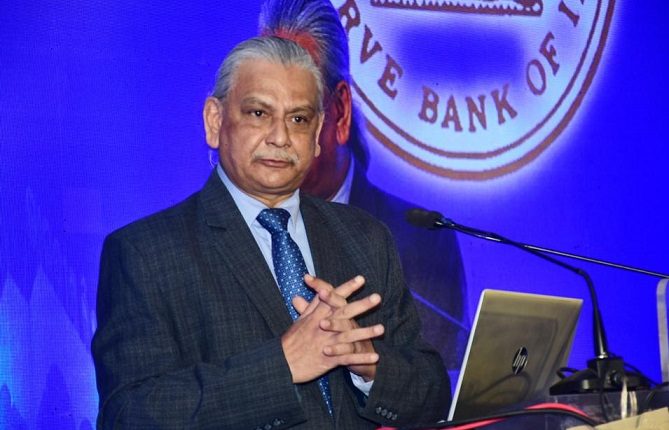 Bhubaneswar: India will be able to emerge as the world’s second largest economy beating the US by 2031, if it achieves a growth rate of 11% by galvanising its strengths and overcoming all challenges, said Reserve Bank of India (RBI) Deputy Governor Dr Michael Debabrata Patra.

Delivering a talk on ‘India@75’ organised by the RBI as part of ‘Azadi Ka Amrit Mahotsav’ in Bhubaneswar on Saturday, Patra said India has the potential to become the world’s largest economy by 2060 even if the country’s growth slows down to 4-5 per cent in 2040-50.

If India can capitalise on its opportunities and overcomes the challenges, then the country “will bend time”, the RBI Deputy Governor said while referring to four challenges before the country. Overcoming them will pave the way for India to achieve an 11% cent growth rate in the coming years, he said.

Describing India as a world leader in the production of various agricultural commodities, Patra said in 2021, India emerged as the world’s Number 1 rice exporter, with more than the combined exports of world Numbers 2 and 3.

He said India has one of the widest manufacturing bases among emerging economies, ranging from the largest producer and exporter of tractors and two-wheelers to among the top 10 exporters of smartphones, cars and spacecraft.

In several services, including shipping personnel and information technology (IT), India is a world leader. In the case of IT, India has come to be known as the back office of the world.

A widely used indicator of the economic progress of a country is the growth of the gross domestic product, which is the value of all the final goods and services produced in an economy during say a quarter or a year, he said adding GDP growth rose to an average of about 7% till the COVID pandemic arrived.

In 2020-21 fiscal, GDP declined to 6.6% due to the pandemic, while it recovered to 8.7% in the 2021-22 fiscal — taking GDP 1.5% above its pre-pandemic level. RBI has projected GDP to grow by 7.2% for the current financial year, which places India among the fastest growing economies of the world, Patra said.

Emphasising that the Indian economy is powered by the people, he said private final consumption expenditure (PFCE) comprises households’ spending on goods, services, rents, insurance, pension contributions and such other expenses that correspond with daily livelihood.

There have been phases of export-led and investment-led growth, which could not be sustained, but they did provide turning points in the growth path. In particular, investment, which is the production of goods that, in turn, produce other goods is seen as India’s game changer, as for most developing countries that are capital scarce. The investment rate (total investment/GDP) is widely regarded as the most important lever of growth in India, he said.

A striking feature in India is that growth is home financed – investment is financed primarily by domestic savings, with foreign savings playing only a supplemental role, Patra said adding another noteworthy feature is that the saving rate has started slowing down since 2007-08 after the global financial crisis.  Eventually, this pulled down the investment rate which has exhibited deceleration since 2012-13. Reversing this trend is critical to achieve higher growth.

Highlighting four challenges, before the country the RBI Deputy Governor said the first one is the loss of output and livelihood due to the pandemic. The agglutination of supply disruptions, the health crisis, an unparalleled mass migration, and a hostile global environment took a heavy toll on the Indian economy. The combination of demand compression and supply disruption that took hold in the pandemic and in its wake caused severe debilitating effect. “recovering this lost output may take several years – this I will regard as the first most important challenge,” he said.

Developing a high-quality labour force is another challenge, he said adding as India transforms into a manufacturing hub and powerhouse exporter, the workforce has to expand and become more skilled over time. The emphasis should be on increasing the contribution of the quality of growth to GDP rather than quantity. He also added that we must create workplaces that do not stigmatise women at work and instead, encourage them to earn their livelihoods with dignity and satisfaction.

The fourth challenge is the need for a “greener, cleaner India”, he said adding to reach 500 GW by 2030, renewables should grow at a compound annual growth rate of 14.2% per annum. At the current average rate of growth at 18.7% (2014-15 to 2020-21), we may achieve the 500 GW target by 2027. India will require adequate energy storage facilities to wedge the gap between the timing of renewable power generation and actual power consumption, he said.

At present, India is the third largest economy in the world in terms of purchasing power parity (PPP) terms, with a share of 7% of global GDP after China (18%) and the US (16%). Patra said India’s GDP in market exchange rates is expected to reach $5 trillion by 2027. By that year, India’s GDP in purchasing power parity terms will exceed $16 trillion (up from $10 trillion in 2021). The OECD’s 2021 calculations indicate that the Indian economy will overtake the US by 2048. This would make India the largest economy in the world after China, Patra said adding the country can achieve it earlier, if it can capitalise its strengths and overcome challenges.