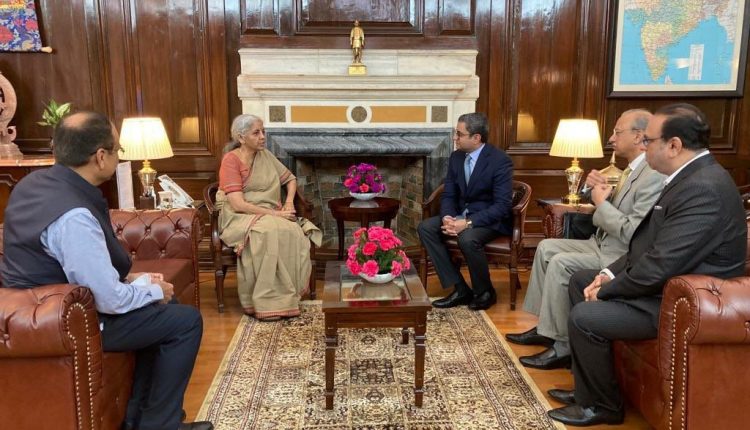 Bhubaneswar: Federation of Indian Chambers of Commerce and Industry (FICCI) is confident of the growth of Indian economy at a rate of 7-7.4%.

Subhrakant Panda, MD, IMFA and Senior Vice-President, FICCI said this during a meeting with Union Finance Minister Nirmala Sitharaman at her office in New Delhi on Thursday.

Panda said the underlying fundamentals of the Indian economy are strong and it is poised to grow at a rate of 7-7.4% depending on how certain external issues pan out. Inflation will moderate especially given that commodity prices have come off highs, he added.

The Finance Minister reiterated her support to RBI’s policy to have an orderly movement of the currency rather than defend a particular level. She was also receptive to the suggestions given by Panda and the visiting FICCI delegation.

Panda commended the Finance Minister’s deft handling of the economy during challenging times and made several suggestions to which she was very receptive. “Though many questions were raised about the timing and extent of stimulus measure during the pandemic, the manner of intervention was the right thing to do as is evident from runaway inflation where “helicopter money” was abundant. Most importantly, no Indian went hungry, thanks to the food subsidy,” he said.