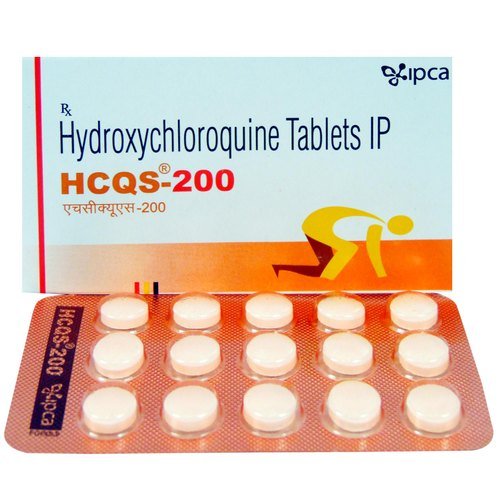 New Delhi: The Union government has lifted the ban on export of anti-malarial drug hydroxychloroquine with immediate effect.

The Directorate General of Foreign Trade (DFFT) said in a notification that it has amended the export policy of Hydroxychloroquine API (active pharmaceutical ingredients) and its formulations from ‘Prohibited’ to ‘Free’, with immediate effect, The Indian Express has reported. 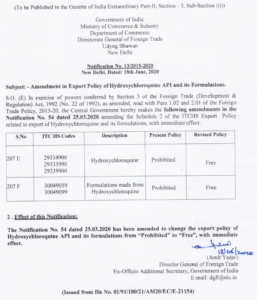 On March 25, a ban was imposed on the export of hydroxychloroquine and its formulations, in a bid to ensure its availability in the domestic market due to the outbreak of the COVID-19 pandemic.

Despite exports being banned so long, India had supplied paracetamol and hydroxychloroquine to over 120 countries, including the US, with 40 of them being supplied the medicines free.

US President Donald Trump had said earlier the drug was a ‘potential game-changer’ in the fight against the COVID-19 pandemic.