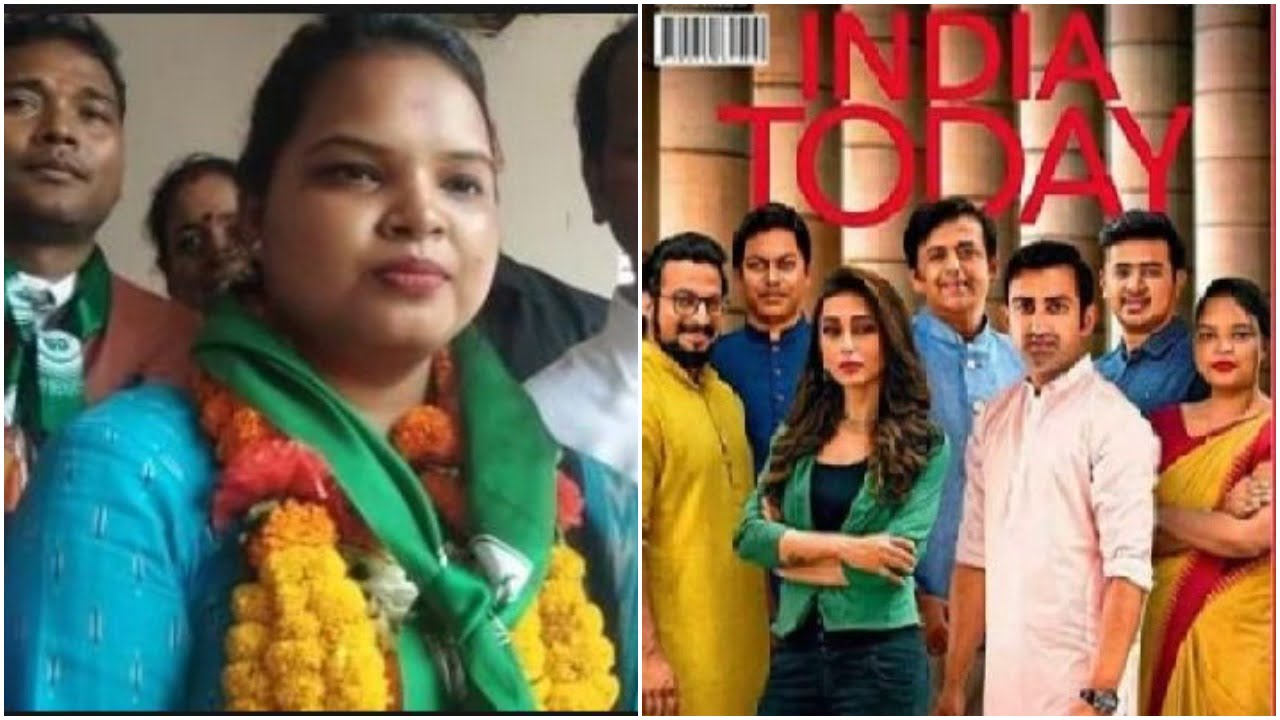 Bhubaneswar: She is India’s youngest ever MP, who is living a “fairy tale” life albeit with a lot of responsibilities. She aspires and inspires, having held her head high despite all controversies and cheap political blitz in the run-up to the elections. The win was no mean task, as she defeated two-time BJP MP Ananta Nayak by a margin of over 65,000 votes and claimed the Keonjhar Lok Sabha constituency.

Her grit and grace caught eyeballs and won hearts. And it comes as no surprise that India Today has picked 25-year-old engineering graduate Chandrani Murmu for its cover story “The New Brigade”.

Politics happened to Chandrani, whom family and friends fondly call ‘Hira’ or ‘Chandu’, while she was applying for government jobs after completing BTech in 2017 from Siksha ‘O’ Anusandhan University in Bhubaneswar.

She is the granddaughter of former MP Harihar Soren. Her nomination came as a surprise to many, even as the BJD, playing the woman card, gave her a ticket to stand for the polls in this mineral-rich belt. The support of Independent MLA from Champua Sanatan Mahakud, who has a strong clout in north Keonjhar, is believed to have helped Murmu pocket the BJD ticket. Mahakud is not contesting the elections this time, ostensibly to support the Naveen Patnaik-led party.

A native of Tikargumura village, she got embroiled in a controversy when a morphed and obscene video went viral. Undeterred, she kept trying hard and made it three-in-a-row for the BJD. Yashobant Laguri and his wife Shakuntala had won in 2009 and 2014 respectively.

Following her win, Chandrani told mediapersons that her first priority will be to know the constituency and spend as much time as possible with the people. She wants a steel plant and a new railway line for Keonjhar and education for people in remote areas.