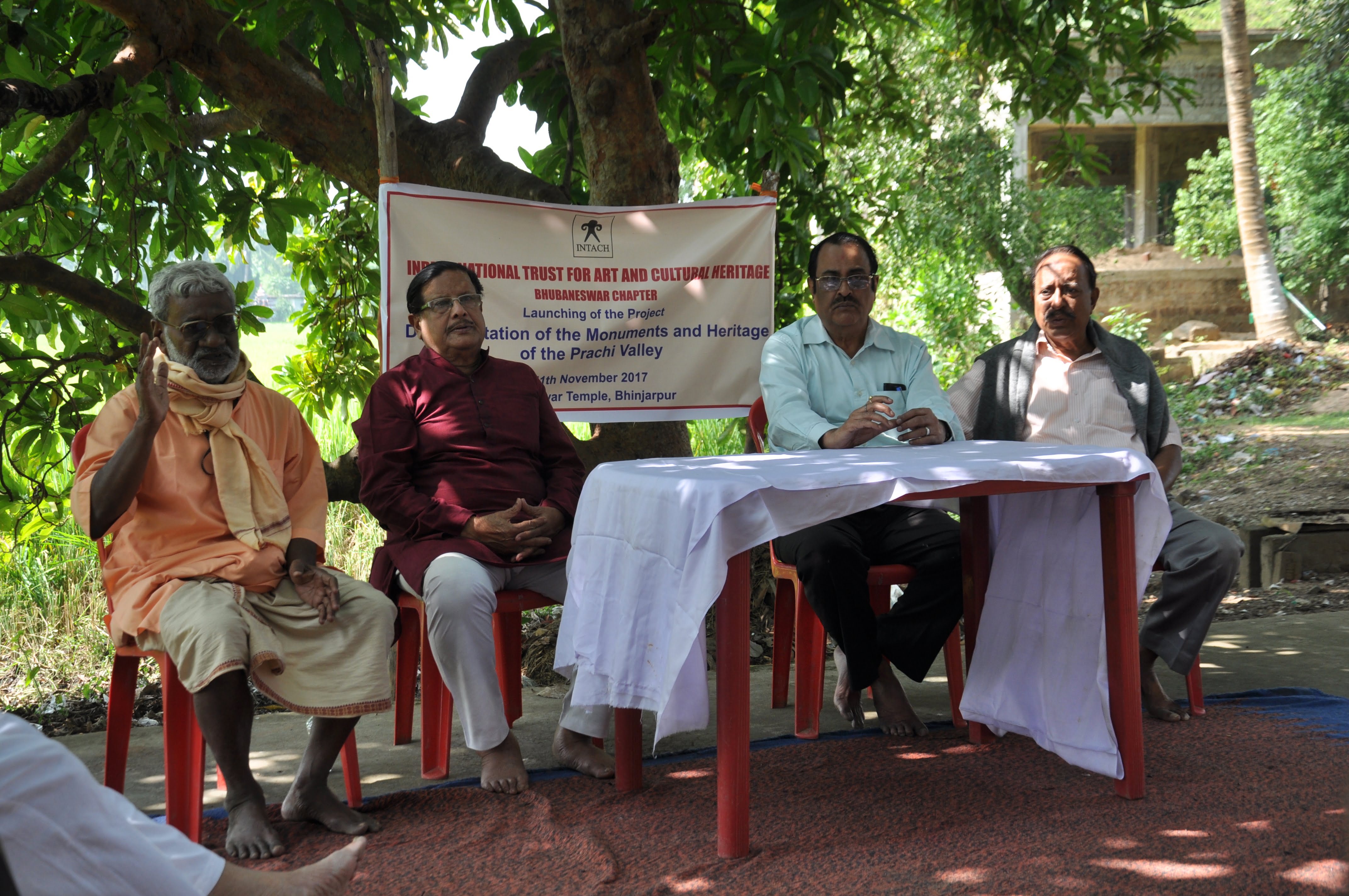 Bhubaneswar: The Indian National Trust for Art and Cultural  Heritage (Intach) launched a project to document the monuments of the Prachi Valley on Saturday. It commenced from the Bakreswar Temple in Bhinjarpur near here.

Similar to early civilizations like the Aryan, Egyptian, Babylonian and Assyrian, the Prachi Valley civilization too flourished on the banks of a river. Even though the Prachi is a small river compared to the other rivers of Odisha, it contains hidden treasures of a magnificent past. Originating from the river Kuakhai and covering approximately 60 km, it falls into the sea near Keutajanga village of Kakatpur.

The Prachi, which originates about 10 km from Bhubaneswar, is a tributary of the Mahanadi and flows through the districts of Puri, Khurda, Cuttack and Jagatsinghpur, and the entire region of the river is termed as the Prachi Valley. It is considered to be the holiest river of Odisha and is rightly called the Eastern Saraswati. Archaeological evidence reveals that the Prachi Valley civilization predates both Harappa and Mohen-jo-Daro. Recent excavations have revealed rich findings and more excavations have been planned.

Traditions confirmed by local chronicles reveal that most of the monuments of Prachi valley, which are now in different stages of decay, were constructed from the 7th century to the 15th century AD.

According to researcher and project coordinator Anil Dhir, Prachi Valley civilization  has  contributed  a  lot  towards  amalgamation,  assimilation  and proliferation of different religious faiths and cults. Major Indian religions like Buddhism, Jainism, Saivism, Shaktism and Vaishnavism grew chronologically, without attacking the religious and philosophical sentiments of the people of those days, he noted.

The river now runs dry for most of the year; only in the monsoons does it bear any resemblance to its glorious past. This once navigable river is now dead, but is steeped in history. Many artifacts are frequently excavated, and surface finds of pot sherds and carvings are often discovered.

Speaking on the occasion, state convener of Intach Amiya Bhusan Tripathy said without a proper listing and documentation of the monuments in the entire stretch of the river, an important realm of Odisha’s history is incomplete. Many of the old monuments have disappeared in recent years which make it all the more necessary for a proper listing of the existing vestiges.

Convener of the Bhubaneswar chapter of Intach S K B Narayan said along with the tangible heritage, the intangible attributes like the rich oral tradition, customs, festivals and folklore too shall be documented.

Dhir said the six-month project will document nearly 350 monuments comprising temples, mathas, ghats, structures, sites, etc. He said the entire stretch of the river till the estuary will be surveyed and a comprehensive report prepared. Local stakeholders, villagers, students and temple authorities of the region too would be roped in for the project, he added.

Recently, Intach released the complete listing of the “Monuments of the Old Jagannath Sadak” from Kolkata to Puri.

Ancient Temple Emerges Out Of Mahanadi River In Odisha