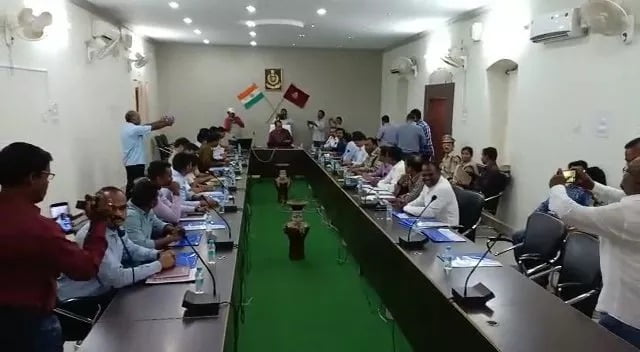 Koraput: Senior police officials from Odisha, Andhra Pradesh and Chhattisgarh met at Jeypore in Koraput district on Thursday to discuss ways to check Maoist threats and activities ahead of Lok Sabha and state elections.

The meeting was held under the chairmanship of DIG (South-Western Range) Himanshu Lal.

According to sources, police officers from the three states have decided to focus on Maoist-hit areas like Visakhapatnam and Srikakulam in Andhra Pradesh, Malkangiri and Koraput in Odisha and Dantewada in Chhattisgarh.

The police officials also discussed measures for smooth conduct of elections in these areas, the sources added.

The Maoists have been giving frequent calls to boycott the polls. They have also been targeting political workers, leaders and polling agents during campaign and also on election day.