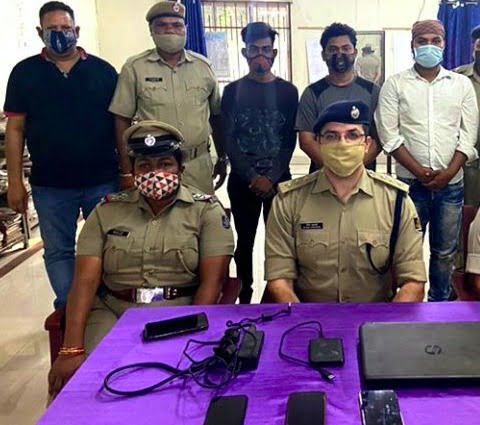 Angul: Three persons have been arrested by Vikrampur police on charges of duping gullible prospective buyers of vehicles with lucrative offers.

The three accused had trapped a person by offering a bullet motorcycle at a discounted price of Rs 55,000. The complainant came across the advertisement on social media.

However, the person never got the motorcycle nor the refund promised by the fake seller. The person registered a complaint with Vikarmpur police which filed a case and initiated a probe.

The investigation revealed that it was a fraud case. The accused have been identified as Krushna Chandra Barik (26), Ganesh Kumar Barik (23), and Krushna Mukhi.

The mobile numbers connected with the account to which the money was credited were issued in Mayurbhanj, SP Jagmohan Meena said.

“The accused use different names and different POS (point of sale) outlets to issue fake sim cards. A special team was sent to Mayurbhanj to nab them. Their mobile phones, laptop, and hard disk have been seized. It has been ascertained that this is an organized affair of using and selling fake sim cards, bank accounts linked with fake mobile numbers, and fake identities,” Meena added.