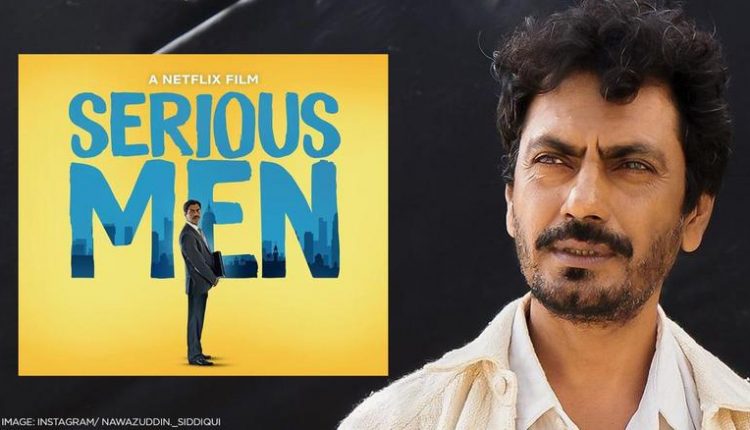 New Delhi: Nawazuddin Siddiqui has been nominated in the Best Actor category for his role in Serious Men in International Emmys 2021.

Serious Men is a satirical drama film based on Manu Joseph’s book of the same name.  Directed by Sudhir Mishra, the story of the drama chronicles around an ambitious underachiever who capitalises on his son’s newfound fame as a boy-genius to improve his family’s fortunes. The International Emmys announced its list of nominees this year on September 23 evening.

Notably, last year too, India’s Delhi Crime, in which Shefali Shah played a pivotal role, was the winner in the Best Drama Series category. Nawazuddin Siddiqui expressed his happiness on Twitter.

Nawazuddin Siddiqui pitted against British star David Tennant for Des, Roy Nik of Israel for Normali, and Christian Tappan of Colombia for El Robo del Siglo or The Great Heist.

Nawazuddin Siddiqui shared his excitement for receiving a nomination under the Best Actor category and wrote, “Wow !!!! #SeriousMen has got me a nomination for the prestigious #InternationalEmmyAwards in the Best Actor category. Congratulations Team #SeriousMen Director @IAmSudhirMishra.” The film also gives a stark commentary on caste discrimination and upper-class privilege through its protagonist Ayyan Mani (Siddiqui), a Tamil Dalit, who keeps challenging the system that has tried to suppress the people for generations.

Sushmita Sen’s Disney+ Hotstar series Aarya, helmed by Ram Madhvani also made it to the nominations under the best drama series category. The show is nominated alongside Chile’s El Presidente, Israel’s Tehran and the UK show There She Goes season two.

The suspense thriller drama is an official remake of the popular Dutch crime drama Penoza. The story of the series revolves around Aarya Sareen (Sushmita Sen), a happily married woman whose world turns upside down when her husband, pharmaceuticals baron Tej Sareen (Chandrachur Singh) is shot and the burden of the entire business falls on the shoulder of his wife. The story is about her struggle to juggle between work and family comprising three kids.