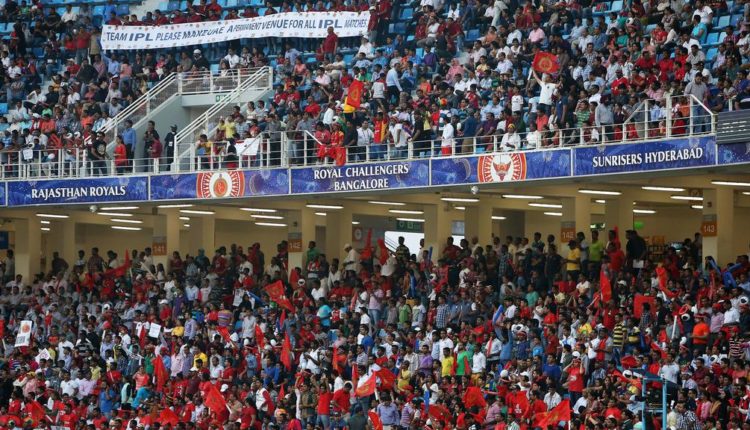 Dubai: With the 13th edition of Indian Premier League (IPL) set to be held in the UAE, the T20 matches could be played in front of stadiums filled with 30-50 per cent of their capacity.

That’s what the Emirates Cricket Board (ECB) is planning, provided it gets the approval of the government, ECB secretary Mubashshir Usmani was quoted as saying by PTI on Friday.

IPL Governing Council chairman Brijesh Patel had announced that the popular T20 league will be held at three centres (Dubai, Sharjah and Abu Dhabi) in the UAE from September 19, but the call on on whether to allow fans into the stadiums will be taken by the UAE government.

The BCCI is also is awaiting the Indian government’s formal nod to the IPL taking place in the UAE.

“Once we get the confirmation from the BCCI (on Indian government’s approval), we will go to our government with the complete proposal and SOPs which will be prepared by us and the BCCI,” Usmani said.

“We will definitely want our people to experience this prestigious event but it is totally the government’s decision. For most events here, the number ranges from 30 to 50 per cent capacity, we are looking at a similar number. We are hopeful of getting our government’s approval on that,” he added.

The COVID-19 situation is under control in the UAE, which has a little over 6000 active cases.

The 2020 Dubai Rugby Sevens event, scheduled in November, has however been cancelled for the first time since 1970 due to the coronavirus threat.

“The UAE government has been very efficient in bringing down the case numbers. We are almost living a normal life with certain rules and protocols to be followed. And with the IPL still some time way, we will be in an even better place than what it is right now,” Usmani hoped.

The UAE had staged the first stage of the 2014 IPL as general elections were held in India during May.

Also Read: IPL 13 Final Likely To Be Postponed To November 10

Virat Kohli, Tamannah Bhatia To Be Arrested For Promoting Gambling?