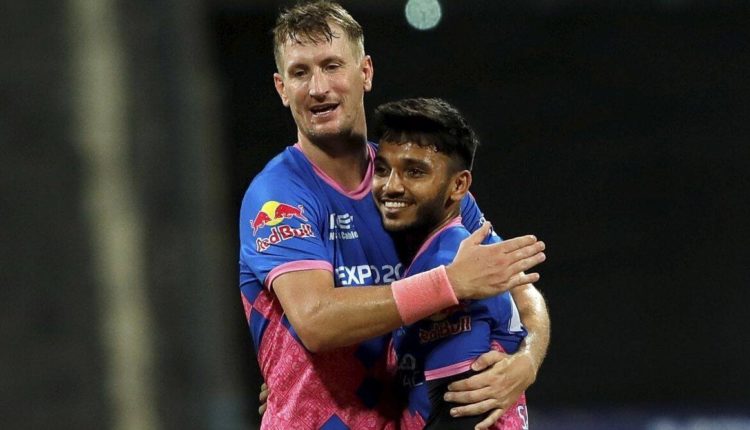 Left-arm pacer Chetan Sakariya, one of the young Indian players who made an impact in IPL 2021 before it was postponed indefinitely, on Sunday lost his father who was battling COVID-19.

Kanjibhai Sakariya was admitted in a private hospital in Gujarat’s Bhavnagar when Chetan was in the IPL bio-bubble.

On returning home two days ago after the tournament was suspended, Rajasthan Royals player Chetan rushed to the hospital and visited his father wearing a PPE kit.

“It pains us so much to confirm that Mr Kanjibhai Sakariya lost his battle with Covid-19 earlier today. We’re in touch with Chetan and will provide all possible support to him and his family in this difficult time,” Rajasthan Royals tweeted on Sunday.

The 23-year-old Chetan, whose father used to drive a tempo, bagged three wickets — including those of prolific Punjab Kings openers KL Rahul and Mayank Agarwal — conceding 31 runs on his IPL debut.

In seven matches, Chetan – who was acquired by Rajasthan Royals for Rs 1.2 crore in the players’ auction — took seven wickets at an average of 31.71 and economy rate of 8.22.

Chetan earlier said in an interview that the payment he received from Rajasthan Royals helped in the treatment of his father. Ultimately, though, all efforts went in vain.

COVID Toll Cross 4K In Odisha With 48 More Deaths; 5 From…