Is Change Of Guard In Punjab On Anvil Today? 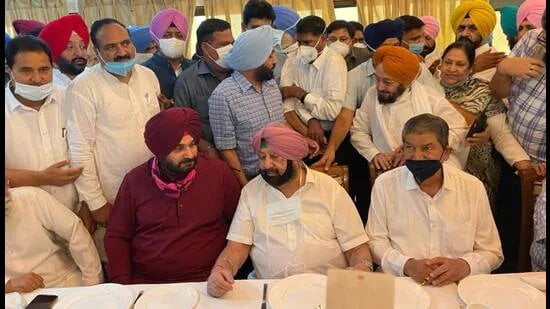 New Delhi: There is trouble brewing in Punjab Chief Minister Capt Amarinder Singh’s camp saying they had no faith in his ability to honour unfulfilled promises.

Amid the ongoing rift in Punjab Congress, the All India Congress Committee (AICC) has called for a meeting of the state’s Congress Legislative Party (CLP) at 2 pm today. The meeting will take place at the Punjab Congress’ headquarters in Chandigarh.

AICC general secretary and in-charge of Punjab affairs Harish Rawat, in an announcement, said the party had received “representation” from many of its MLAs in the state to “immediately convene” the meeting.

Last month, four ministers and around two dozen party legislators had raised a banner of revolt against the Punjab Chief Minister and said that they had no faith in Amarinder Singh’s ability to honour unfulfilled promises.