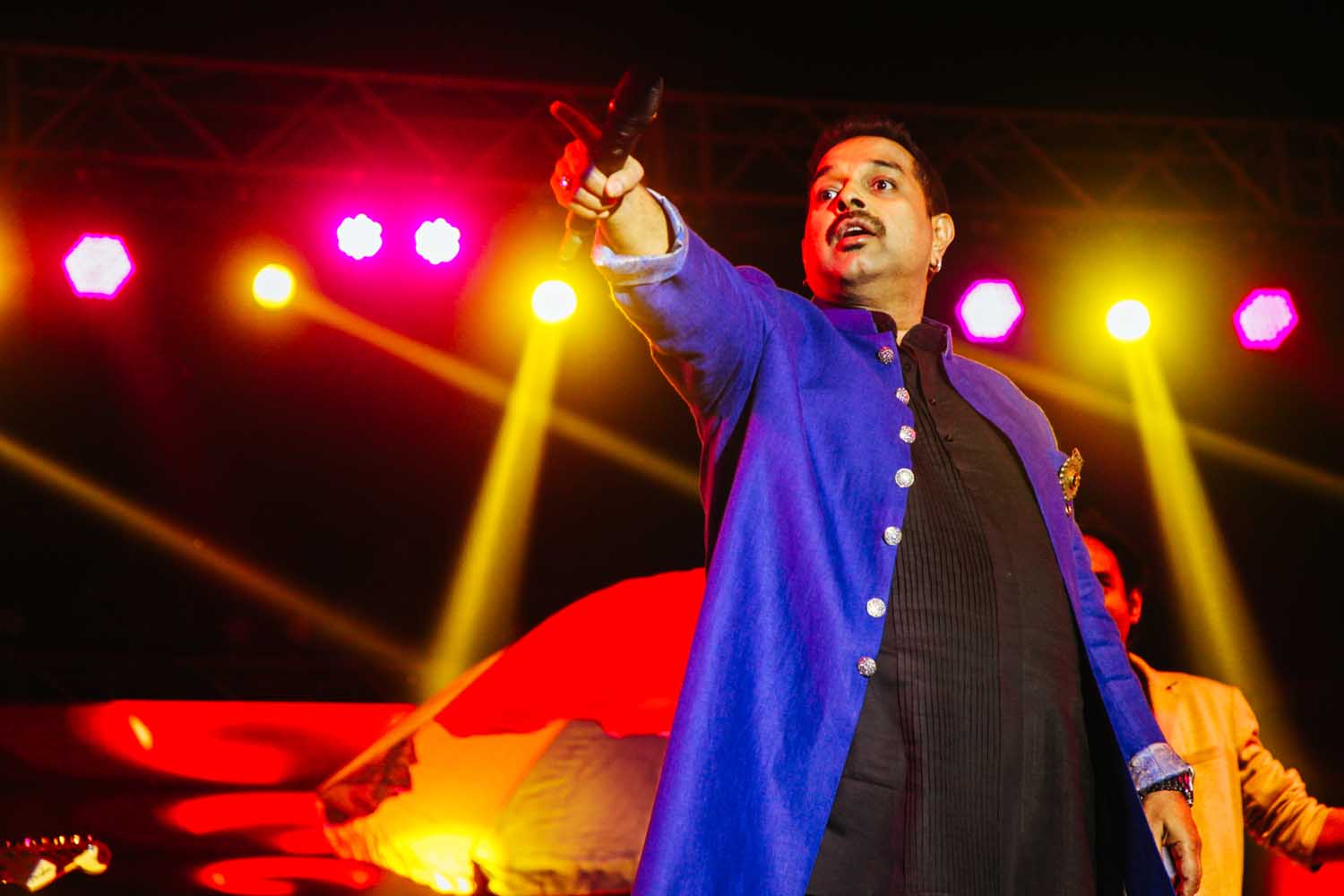 Bhubaneswar: .FEST ended on a resounding note on Sunday with a spirited performance by Shankar, Ehsaan and Loy. The festival and the events around it have left a lasting impression on the people. It was indeed a celebration of all that the city stands for, an amalgamation of a rich culture and futuristic city. Sensing the enthusiasm of the people, Chief Minister Naveen Patnaik has announced that it will now be an annual feature.

A crowd of 30,000 cheered as Shankar Mahadevan began the act with a soulful rendition of Ganesh Vandana. The  ‘Breathless’ singer then delighted his fans with several of his smash hits beginning with Dil Chahta Hai. He combined Bollywood music with classical tunes, which drew a loud applause and standing ovation. He even sang the cult Sambalpuri song, Rangabati much to the delight of the audience.

He continued the momentum, switching between high-tempo songs like Where’s The Party Tonight and those that pulled at the heart-strings like Kal Ho Na Ho. His iconic ‘Breathless’ performance left the crowd, well – breathless. The 16-day event, took place in tandem with the Odisha Hockey Men’s World Cup 2018, organised by Bhubaneswar Development Authority and Odisha Tourism.

Music composer Vishal-Shekhar inaugurated .FEST with their energetic performance, followed by Sona Mohapatra who scorched the stage with her electric style and fusion of folk with contemporary. Bollywood singers Shreya Ghosal and Shaan were the other attractions. Stand-up comedian Biswa Kalyan Rath tickled the funny bone of the audience.

The International Street Food Festival, which also came to a close at .FEST, received an overwhelming response. Visitors were spoilt for choice as they chose from a wide range of appetizing street food specialties with cuisines from the 16 countries, who participated in the hockey tournament.

Special guests for the event on Sunday were 170 Mo Bus captains and guides. Led by Bhubaneswar Development Association (BDA) with the support of Bhubaneswar Municipal Corporation (BMC) and Odisha Tourism, the idea was to include every section of the society in the city-wide celebration. Bhubaneswar Walks, which provided various options to the visitors to explore the city through theme-based curated walks and trails categorised into heritage, nature and museum walks, also drew to a close. People got to explore Bhubaneswar through the trails which included a complete art trail of the city, a nature walk through Nandankanan Zoological Park and even Ekamra walks through the old town area to name a few. The popular, Bhubaneswar cultural extravaganza that takes place every Sunday morning, ‘Patha Utsav’, which was re-launched at the beginning of .FEST, also took place on Sunday.

Hand-Held Terminals For Rajdhani, Shatabdi To Bring In Transparency In Berth Allotment

.FEST In Bhubaneswar To Be Rechristened As ‘Ekamra…