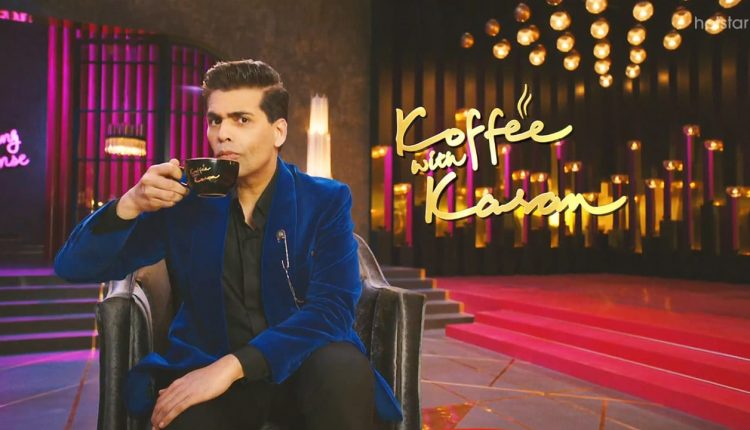 The filmmaker, however, on Wednesday announced that there will be no new season of his talk show. Sharing a note, Karan wrote, “Hello, Koffee With Karan has been a part of my life and yours, for 6 seasons now. I’d like to think we made an impact and even found our place in pop culture history. And so, it is with a heavy heart that I announce that Koffee With Karan will not be returning.” 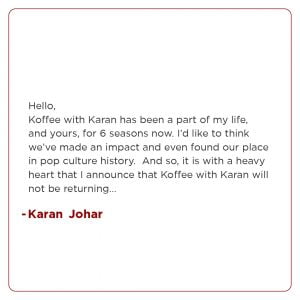 While its first episode was aired in November 2004, the final season of this second-longest running talk show after ‘Phool Khile Hain Gulshan Gulshan’ on Hindi-language television, was premiered in 2019.