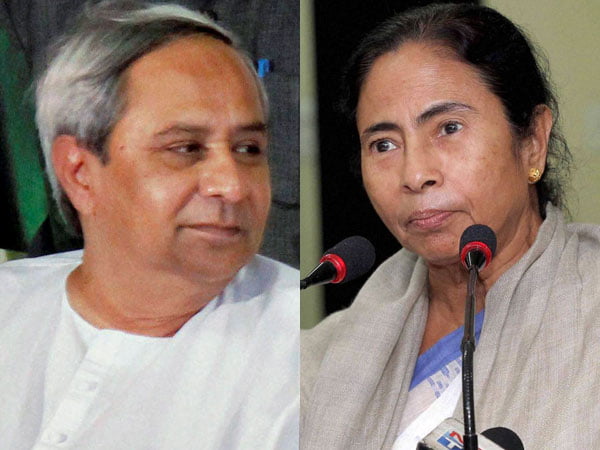 Bhubaneswar: The drubbing of BJP in the recent assembly elections has shaken all political parties and incumbent governments, making them to rethink their farmer policy.

Chief Minister Naveen Pataink, who had attributed the BJP’s debacle in the five states to the Centre’s failure to protect the interests of the farmers, launched Rs 10,000 crore Krushak Assistance for Livelihood and Income Augmentation (KALIA) scheme at the State Secretariat here on Monday.

While the BJD government refused to bite the farm loan waiver bait after Madhya Pradesh, Chhattisgarh and Rajasthan governments made similar announcements with Congress taking over the reins of these states, stating that it would push Odisha towards bankruptcy but the cry for ‘price, prestige and pension’ continued to echo in its ears.

To quell the ongoing and anger among the farming community, Naveen announced the KALIA scheme to support small and marginal farmers and landless labourers on December 21.

Apart from the scheme, the Chief Minister also launched the official logo, website – www.kalia.co.in and a helpline number 1800-572- 1122.

The five major aspects of the KALIA scheme are as follows:

1)  Financial assistance to the farmers: Under this scheme, more than 30 lakhs small and marginal farmers (about 90 per cent) will be provided Rs 10000 for Kharif and Rabi crops. The financial assistance will be given to them for five crop seasons in three years from 2018-19 to 2021-22.

2) Livelihood assistance to landless families: The scheme will benefit about 10 lakh landless families and each family will be provided Rs 12,500 take up activities like small goat rearing units, mini poultry layer units, duckery units, fishery kits for fishermen and women, mushroom cultivation and bee keeping. The landless families will choose any of the aforementioned allied farming for which the state government has earmarked Rs 1250 crore for the next three years.

3) Support to landless labourers and vulnerable agriculture households: The scheme has the provision to support vulnerable agriculture households who are unable to avail livelihood options due to old-age, disability, disease or other reasons. The deserving families, identified by gram panchayats, will be provided financial assistance of Rs 10,000 per households per annum to take care of their livelihood sustenance. The state government targets to cover about 10 lakh households under the scheme.

4) Insurance cover: Under the scheme, life insurance cover of Rs 2 lakh and additional personal cover will be provided to the farmers and the landless households. The scheme will benefit about 57 lakh families.

Union Minister and BJP leader Dharmendra Pradhan has, however, questioned the seriousness of the BJD government to solve the problems of the farmers. “Why did the state government not call for an special session of the state Assembly to pass an interim budget and implement the scheme?” he asked in a Twitter post.

He further alleged that it was a ploy to win votes in the upcoming elections and had nothing to do with farmers’ welfare.

While KALIA seems like a splitting image of Rythu Bandhu Scheme, a welfare programme to support farmer’s investment for two crops a year by the Telangana government launched earlier in May this year, another neighbouring state has followed suit.

With an eye on the 2019 Lok Sabha elections, West Bengal Chief Minister Mamata Banerjee on Monday announced new two schemes for farmers and farm labourers. Beginning January 2019, every farmer in the state will get Rs 5,000 per acre every year in two instalments from the agriculture department. The Krisak Bandhu scheme will grant Rs 2 lakh to the kin of farmers who die due to any reason, including suicide.