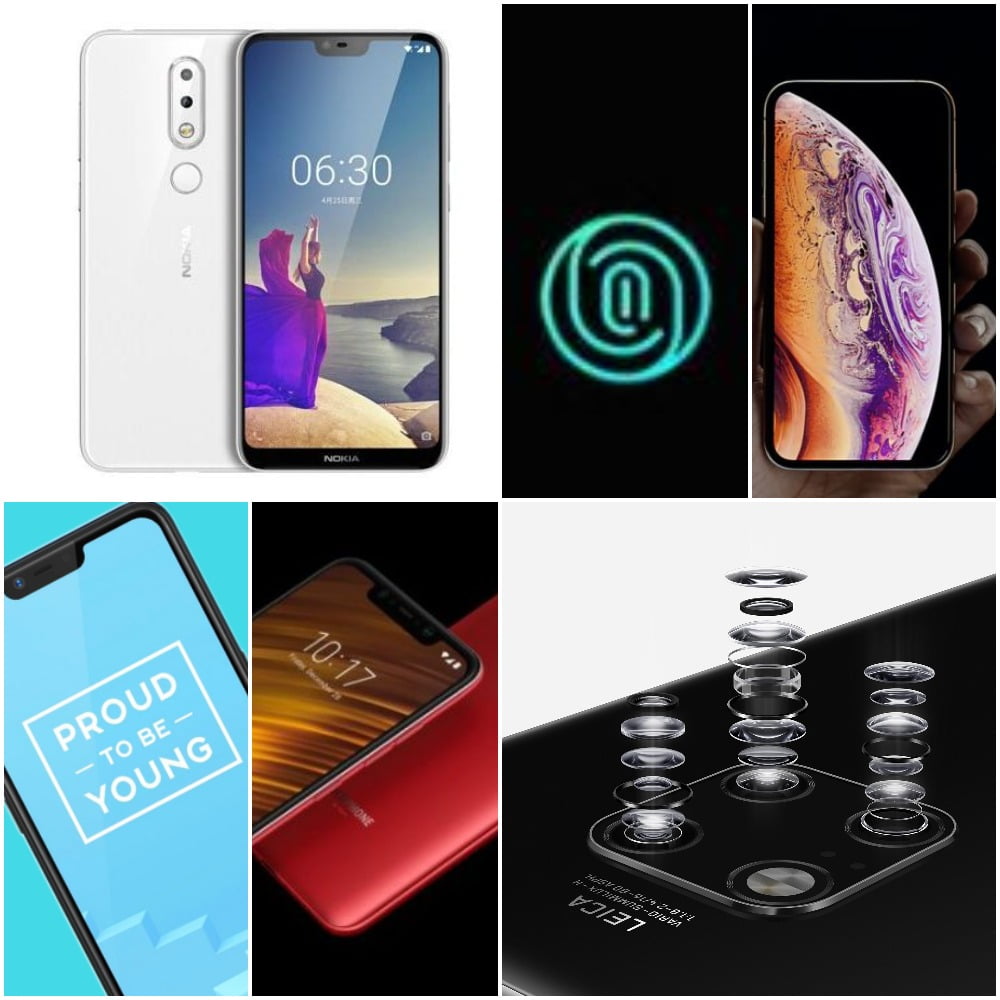 Bhubaneswar: 2018 saw the entry of multiple cameras in smartphones. The year began with dual cameras becoming standard while triple and quad cameras have begun to trend. The same goes for notched displays – it isn’t a new phone any more if there ain’t a notch on the top! Notches and face unlocks which were once premium features have made their presence on budget devices now. While bigger, slimmer batteries continued to rise, the focus shifted more towards faster charging. Market wise, many brands such as Apple, Xiaomi, Oppo, Vivo, Samsung and others setup or expanded their manufacturing units here under the ‘Make In India’ initiative in 2018. Here’s a look at the top smartphones which we feel rocked the industry:

The original ‘Flagship Killer’ is back with the 6T that features in-screen fingerprint and top of the line hardware. Snappy cameras and the ‘Shot On OnePlus’ campaign surely has made the brand super successful in the country. OnePlus also launched the 6T Mclaren Edition with 10 GB of RAM and the supercar inspired design bits.

With prices starting upwards of 70,000 rupees, Apple’s most expensive iPhone line-up ever has introduced first-ever features such as dual-sim capability, bigger displays and getting rid of the fingerprint scanner as well.

With the introduction of Poco, Xiaomi tried to pull the same as BBK did with OnePlus, although it’s not a widely known fact that Vivo, Oppo and OnePlus are backed by the same company. The Poco won hearts of critics as it is the most affordable phone (starting at Rs 19999) with flagship performance by the Snapdragon 845 processor. The non-glass body and 4000 mAh battery make it a very practical option. Though the Poco F1 hasn’t been a raging success yet, Xiaomi itself has out-done itself occupying the 1st, 2nd and 5th position of highest sold phone models in the country, according to sales data from CyberMedia Research. The 3rd and 4th were held by the previous leader, Samsung. The Redmi 5A 2GB RAM/16GB storage variant has been the top selling phone in October with 6.9 million units shipped, followed by Redmi Note 5 Pro at 4.5 million units.

The successor to the biggest seller of 2018 has been equally impressive in the market. A better display, set of cameras seem to have done the trick for the country’s biggest smartphone seller.

Talking about flagship phones, you really cannot ignore Samsung’s Note series. The Galaxy Note 9 simply stands out with a great edge display, amazing speakers and one of the best cameras in the market. The S-Pen and desk mode gives the phone a different usability option that other flagships don’t have as an option too.

Oppo’s flavour for the e-commerce market seems to have caught on well. Unlike Oppo’s products, Realme phones have been priced very competitively against the likes of Redmi (also sounds similar to it), Asus, Moto and other budget smartphones. The Realme C1 when launched was the most affordable phone with a notched display. Similarly, Realme 2 Pro at Rs 11990 was the most affordable phone with the Snapdragon 660 processor.

Huawei’s Mate 20 Pro made some unique introductions to the market such as dual-GPS for super precise mapping, reverse wireless charging, and a set of cameras that boost of a Leica 40MP main sensor, wide sensors to vary the focal length from 16mm to 270mm, an AI video mode in which the background is converted to black and white while the subject remains in colour and a dedicated underwater mode.

The first phone to feature in-screen fingerprint set the trend for others to follow. Both Vivo and Oppo with their aggressive star-clustered marketing campaigns have made their presence felt in the brick-and-mortar stores.

The beloved brand that was the king of the pre-smartphone world has finally made a successful comeback. Nokia has adopted proper Android interfaces now, even gone with the pure Android One experience on some phones. Nokia 5.1 Plus and 6.1 Plus have particularly made an impact in the market.

The Year Bhubaneswar Shone Brightly On The Horizon