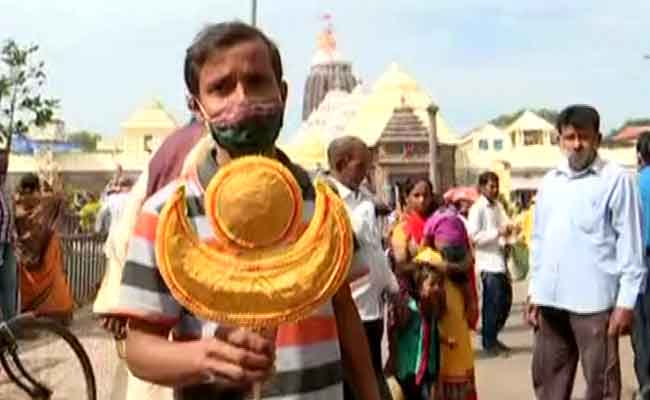 Puri: The Shree Jagannath Temple Administration (SJTA) will probe into the alleged shifting of some items used in the Nagarjuna Besha of Lord Jagannath.

Talking to mediapersons on Saturday, SJTA’s chief administrator Krishan Kumar said an investigation into the incident will be made and appropriate action will be taken against the guilty.

“The temple administration has asked the temple Commander to find out the number of Besha items received, which were used and how many are left. On the basis of the report of the Commander, the investigation will be done under the supervision of the Administrator (Ritual),” he said.

The incident came to light earlier in the day when Akshaya Barik, a temple employee, was found taking the ‘Surjya’ and ‘Chandra’ items to the house of a senior servitor.

When asked by the mediapersons, he said under the direction of Sudhanshu Patnaik, a temple administration official, he was taking these two items from the Garada (storeroom) of the temple to the house of a senior sevayat.

The incident was strongly condemned by the sevayats of the Puspalak Nijog and Garabadu Nijog who urged the temple administration for an investigation.

Following the disputes among the sevayats of different Nijogs over the possession of the Nagarjuna Besha items, the temple administration had convened a meeting of the Chhattisha Nijog and the temple managing committee.

It was unanimously decided at the meeting that the Besha items of the Lord will be kept at the museum so that the devotees can have the opportunity to witness the rare outfit.