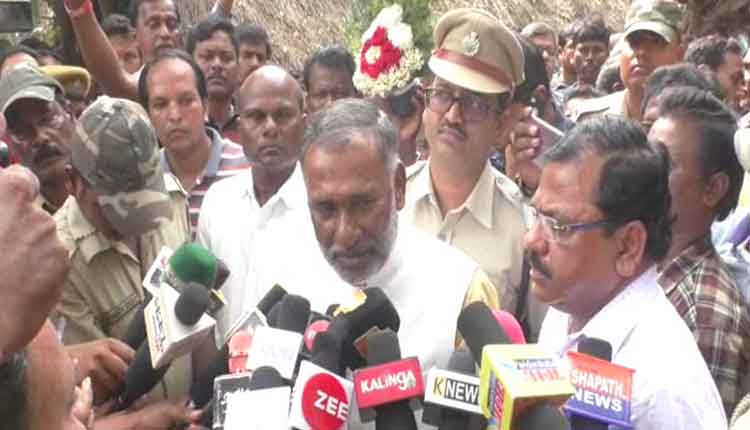 Jagatsinghpur: The National Commission for Scheduled Caste (NCSC) on Thursday blamed the apathy of the police for the suicide of the girl of Tentoi village in Jagatsinghpur district.

Talking to mediapersons after meeting the family of the victim at her village, member of the Commission Yogendra Paswan said had the police promptly responded to the complaint by the family members and arrested the rape accused, the girl would not have committed suicide.

Paswan said that family membersof the girl told him that though they had lodged a complaint against the accused Dipak Behera, the Naugan police did not take the complaint seriously. When they lodged another complaint after the suicide of the girl, police registered a normal UD case without registering the case under the SC Act, he said.

“I have directed the Director General of Police (DGP) to take appropriate action against the IIC of Naugan police station and the district collector to take action against the Revenue Inspector of Deriki Circle who had asked the family to leave their house instead of providing them the land,” Paswan added.

Following the directive of the Commission, the collector placed the RI under suspension and assured the victim’s family to provide 4 decimal of land.