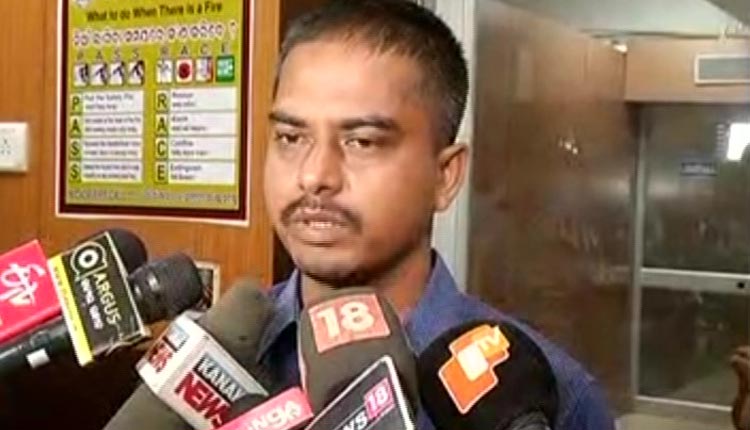 Biswal told the media that he has submitted a memorandum to OHRC, requesting it to direct the state government for a re-investigation into the murder of his wife, who was the PEO of Haridaspur in Dharmasala Block.

Biswal on Monday claimed that his wife had told him that both Rupesh Bhadra, who was arrested for his alleged involvement in the crime, and his wife Madhusmita, the sarpanch of Haridaspur, were pressurising her to do illegal work pertaining to the disbursement of Pradhan Mantri Awas Yojana (PMAY) houses and old-age pension. “Due to the constant pressure, my wife was in severe mental stress. I suspect that she was murdered after refusing to do so,” he added.

Sushil further alleged that the police in a bid to protect Bhadra, have given an atrocious statement to the media about the character of his wife.

He also alleged that the police did not allow him to enter the room where his wife’s body was found. “The police had deliberately delayed the post-mortem of my wife. From the activities of the police, I strongly suspect that my wife has been murdered,” he added.

Later in the day, Sushil went to the camp office of the Director General of Police (DGP) BK Sharma to meet him. But as he was not in the office, he submitted the memorandum to a senior officer. “I was willing to meet the DGP in person. But I could not meet him. I had called the DGP on my mobile phone and messaged him. But there was no reply. I have lost my faith in the police. The state government talks about its Mo Sarkar scheme. What benefit I have received from this scheme?” Sushil asked.

Contacted, chairperson of the State Commission for Women (SCW) Minati Behera said that she had led a team to Haridaspur and collected the statement of the police, the people and the family members of the deceased. “On the basis of the statement, I will submit a report to the state government,” she added.

The incident had taken place on October 16 when Smitarani had gone to Rupesh’s guesthouse around 1 pm after disbursing stipend to the beneficiaries at Baligari village. Later, her body was found hanging from the ceiling of the toilet. Rupesh informed that he broke the toilet door and took Smitarani’s body to the government hospital at Dharmasala.