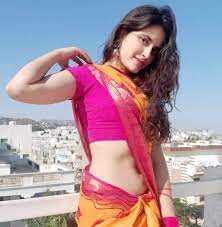 Kolkata: In a horrific incident, unidentified assailants shot dead Riya Kumari, an actress from Jharkhand, at point-blank range while she was travelling on a highway in West Bengal on Wednesday.

According to the actress’ husband Prakash Kumar, who claimed to be a film producer from Jharkhand, the incident took place at around 6 a.m. while they were on their way to Kolkata from Ranchi. While Prakash Kumar was driving the vehicle, the couple’s three-year-old daughter was also with them.

In a statement to the police, Prakash Kumar said, he stopped the vehicle near the Mahishrekha bridge in the Bagnan area under of Howrah district to attend to nature’s call. Soon after, three miscreants with firearms approached them with the intention of robbery.

When the couple tried to resist, one of the miscreants shot at Riya from point-blank range and she died on the spot bleeding profusely.

The miscreants fled the spot immediately, while Prakash Kumar drove to a nearby locality and informed the locals about the incident.

On being informed, police reached the spot and rushed Riya to the Uluberia sub-division hospital. However, doctors at the hospital declared Riya “brought dead.”

The police have started an investigation and are questioning Prakash Kumar for further details.