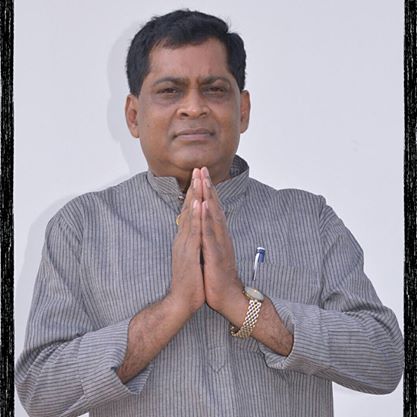 Bhubaneswar: A few days after brushing aside speculation about him quitting the Congress, party working president and Jharsuguda MLA Naba Kishore Das created a ripple in political circle by hinting at joining the BJD on January 24.

“My supporters have urged me to fight the 2019 elections from BJD and and I will do what my people want,” he told the media on the sidelines of a public meeting at Samasingha in Jharsuguda on Sunday.

He indirectly hinted January 24 as the day of his joining BJD during party supremo and Chief Minister Naveen Patnaik’s visit to Jharsuguda to inaugurate a cancer hospital. “I will welcome the CM and accept the wish of the people of my constituency,” he added.

How It Would Impact The Congress

This could come as a huge setback for Congress, which is struggling to stay afloat in the state, ahead of the 2019 polls as he wields considerable influence in the industrial belt of Jharsuguda.

A veteran Congress leader, he has twice defeated BJD stalwart Kishore Kumar Mohanty by comfortable margins in the Jharsuguda constituency. Known for his organisational skills, he is among the very few Congress leaders adept at organising mega events for the party across the state. When the Congress faced debacles in Zilla Parishad elections elsewhere last year, it was only Jharsuguda district where Naba achieved huge victory for the party.

The joining date also rings bells as Congress president Rahul Gandhi is scheduled to visit Odisha on January 25 and partymen are leaving no stone unturned to make it a huge success.

His joining will help the regional party strengthen its base in western Odisha and effectively check the BJP, which has a strong presence in those districts. The BJD had inducted Rita Sahoo, widow of former Congress MLA Subal Sahoo, and won the Bijepur bypoll last year. The BJP had done well in the western districts in 2017 rural polls. Naba’s joining is being seen as a big catch for BJD and compared to then leader of opposition Bhupinder Singh joining the Naveen Patnaik-led party in 2014. Singh is from Kalahandi district, which is in western Odisha. Systematically, BJD has poached Congress leaders in western parts. It had inducted former Brajarajnagar MLA Anup Sai in 2014.

Only four days ago, the Congress legislator had told the media that he will be fighting the 2019 elections as a Congressman. Brushing aside media reports of being sidetracked in the party by the state leadership, Naba had praised Odisha Pradesh Congress Committee (OPCC) President Niranjan Patnaik and his leadership.

In December last year, the businessman-turned-politician had also rubbished all speculation about quitting the congress and warned people against spreading this ‘hoax’. “I am inspired by the principles and ideologies of the party. I was selected as the working president of the Odisha Pradesh Congress Committee because of my work done for the party,” Naba wrote in the statement following media reports about him joining BJD.

Singing Paeans Of The CM

In March last year, speculation about him joining the BJD had gathered further momentum as he was conspicuous by his absence at the Congress legislature Party (ClP) meeting, a couple of days after publicly praising the Chief Minister at a function marking opening of the Biju Expressway in his constituency.

Naba had lauded Naveen’s “humanitarian considerations” towards Opposition leaders and went on to say that Jharsuguda has witnessed considerable development due to his untiring efforts.

Meanwhile, Niranjan said he was unaware of the developments. “I will speak to him (Naba Das) first before commenting on the matter,” he said.

Chairman of OPCC Disciplinary Committee Hemanandaa Biswal said they can do little if the Congress legislator has decided to quit the party and join BJD.

On the other hand, BJD general secretary Kishore Mohnaty said that Das cannot be trusted since he keeps changing his opinion every hour. “We are disciplined soldiers of the party and would abide by what our party supremo decides,” he said.