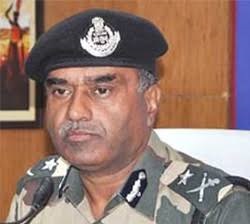 Jammu: J&K Director General of Police (Prisons) Hemant Kumar Lohia was found murdered at his residence in Udaiwala on the outskirts of Jammu on Monday night.

Lohia (57), a 1992-batch IPS officer, was found dead with his throat slit. He was posted as the DGP (Prisons) in August.

His domestic help, who is absconding, has emerged as the prime suspect, police said.

Dead body of Shri Hemant Lohia DG Prisons J&K found under suspicious circumstances. First Examination of the scene of crime reveals this as a suspected murder case. The domestic help with the officer is absconding. A search for him has started.