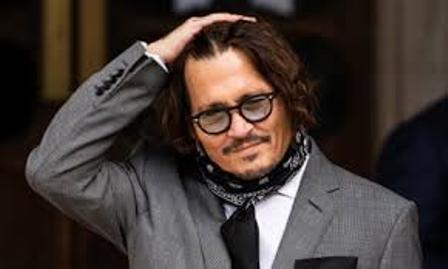 London: Hollywood actor, Johnny Depp who was earlier accused of being a ‘wife beater’ has been released from the ‘Fantastic Beasts’ Franchise after losing the libel case against the tabloid, The Sun.

In 2018, the tabloid had used the word, ‘wife beater’ to describe Depp after reports of domestic violence against his then-wife Amber Heard popped up. Depp had filed a case against the tabloid for the same.

On Friday, Depp in a letter posted on Instagram confirmed his departure from the franchise after being asked to leave. He played the role of dark wizard Gellert Grindelwald in the movie.

“I wish to let you know that I have been asked to resign by Warner Bros. from my role as Grindelwald in Fantastic Beasts and I have respected and agreed to that request,” said Depp in a statement issued on his official Instagram account.

Warner Brothers too has confirmed Depp’s departure and said that the role will be recast. We thank Johnny for his work on the films to date, the studio said in a statement.

On the other hand, Depp has decided to appeal against the UK Court’s judgment.

Michael Keaton To Return As Batman In ‘The Flash’?