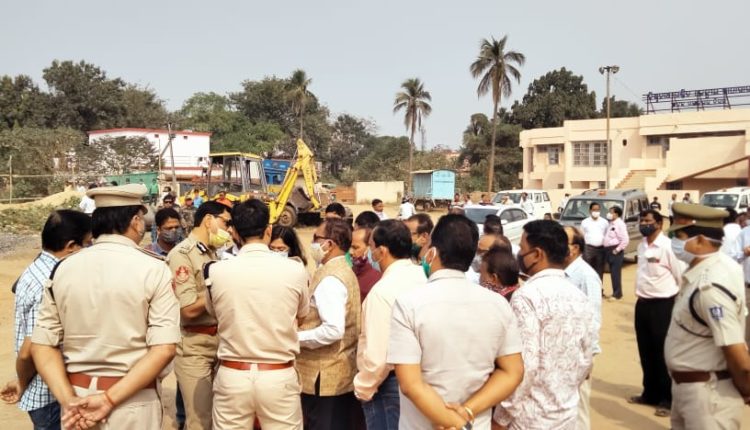 Cuttack: Ahead of the foundation stone laying ceremony for the Netaji Subash Bose Modern Bus Terminal at Khan Nagar here,  a joint team of senior officials, including Commissionerate Police, surveyed the  area on Thursday.

The Chief Minister is slated to lay the stone for the terminal on Netaji’s 125th birth anniversary on January 23.

Earlier this month, the Chief Minister had name the bus terminal named after Netaji Subash Chandra Bose as a tribute to legendary freedom fighter and son of the soil.

The terminal will built at a budget of Rs 65 crore under 5T initiative of the state government.

As many as 180 bus bays along with parking space for 274 vehicles will be built on the terminal premises with integrated information management system for the passengers.