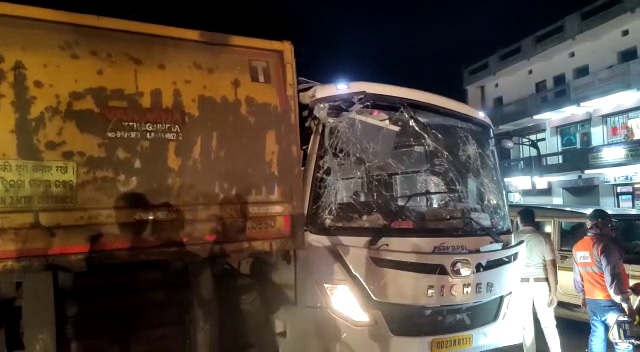 Jharsuguda: The death toll in the accident on the Sambalpur-Jharsuguda Biju Expressway on Friday night, in which a Hyva truck rammed a bus, rose to seven on Saturday.

The victims were workers of JSW Bhushan Power and Steel Ltd. They were returning in the bus from JSW’s plant in Thelkuli to Jharsuguda when the accident occurred around 7 pm on Friday. There were 60 workers in the bus. More than 20 workers were injured in the accident.

The coal-laden truck first hit two cows near Sarbahal, then jumped the road divider and hit the bus.

Locals rescued the injured workers and rushed them to the district headquarters hospital, from where six workers were later shifted to VIMSAR in Burla.