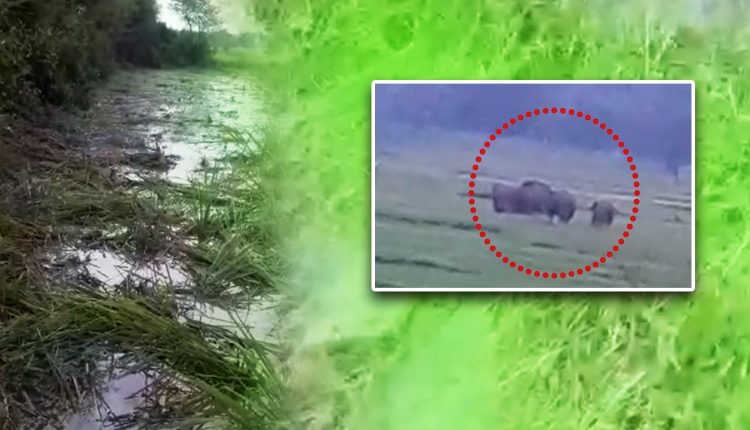 Jajpur: Frequent elephant invasion into human habitation along National Highway in Salijanga under Gobardhanpur panchayat limits has affected several farmers of Danagadi block of this district. But the farmers have been told by Forest officials that they cannot claim compensation for loss of their crop.

According to villagers, a herd of pachyderm from Tamka Mahagiri forests have sneaked into Rathapada, Durgapur, Kamalabahali and Sagadagula where the animals have reportedly destroyed paddy fields as well as houses. The tuskers have been entering the villages in search of food and creating a rein of terror much to the chagrin of the rural folk who had also suffered similar menace last year.

Responding to people’s complaints, the officials of Tamka Forest Division have clearly stated that no compensation could be paid to the affected people as they had raised crops in forest areas. However, special squads have been constituted to scare away the tuskers and escort them back to their forests, they added.

Meanwhile, several farmers of Nadiabhanga panchayat have urged the authorities to provide adequate compensation for the loss of crops caused by the elephants.