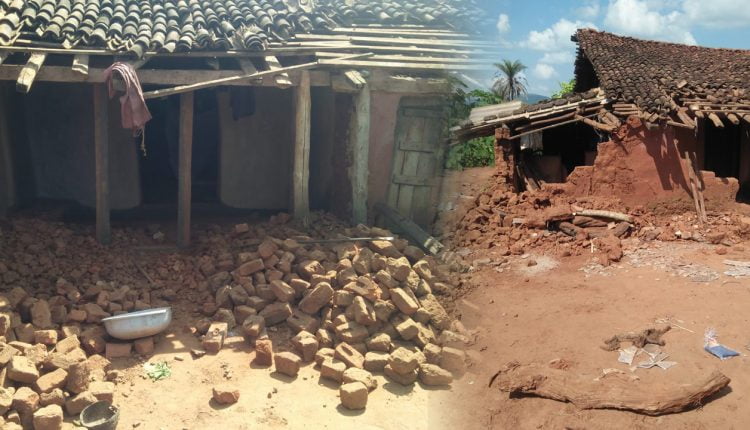 Lanjigarh: A herd of wild elephants has wreaked havoc in Lanjigarh block of Kesinga sub-division in Kalahandi district after the death of a female elephant in a mango orchard at Betal Khaman village of Dhepguda Beat on September 24.

While the pachyderms are loitering around a 15-kilometre radius of the block, they have raided Delangbhatta village in Kumkhal panchayat in the wee hours of October 4 and demolished the house of Bhaira Majhi and crushed the provisions in the storehouse of Tanka Majhi, another villager.

According to sources, the herd of elephants destroyed the house of Umara Majhi in Kuturuguda and demolished his toilet Friday night.

On the basis of complaints, Forest department personnel reached the destruction sites and assessed the losses caused by the jumbos. People have expressed fear to walk in the forest areas.

How Powerful Is The Indian Passport? Know The Top & Lower-Ranked Countries