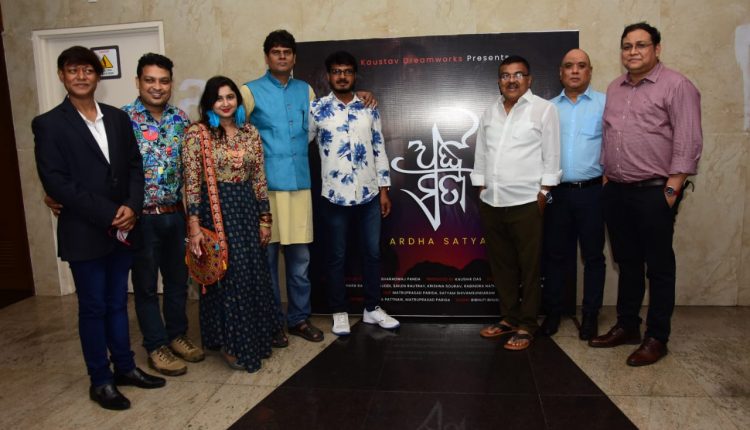 Produced under the banner of Kaustav Dreamworks Pvt Ltd, the movie was directed by Bharadwaj Panda. Panda has also written the story and screenplay of the movie. Kaushik Das is the producer of the movie.

“The movie is based on a unique story and introduces a new concept. We can attract the audience towards Odia films by maintaining originality in the story,” said Das.

The movie revolves around a senior police officer Satyaprakash Dash. After suspension, he was asked to join the police helpline centre which adds a twist to the story, said the director.

Matruprasad Parida and Satyam Sivam Sundaram are the cinematographers while Manindar Patnaik and Matruprasad are the editors.

Veteran actor Prashanta Nanda, former Police Commissioner of Mumbai Arup Patnaik, many actors of Ollywood industry, cast and crew were present during the screening of the movie.

The movie will stream on OTT platform AAO NXT.