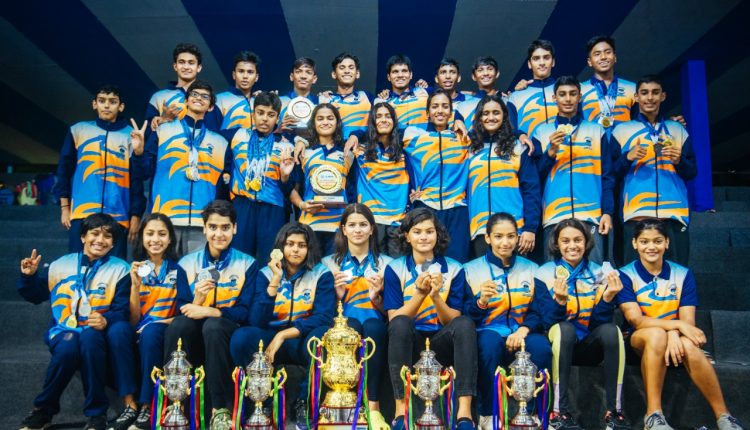 Bhubaneswar: Total 26 new records were set at the 48th Junior National Aquatic Championships that concluded at the Biju Patnaik Swimming Pool in the Kalinga Stadium of Bhubaneswar on Wednesday.

The final day of the championship saw recording-breaking effort from Hashika Ramachandra of Karnataka who eclipsed the national record in 400m medley for Group II girls by clocking 5:10.70. She bettered the previous record of 5:13.80 held by Apeksha Fernandes of Maharashtra. Nithya Sagi of Telangana and Raghvi Ramanujan of Maharashtra finished second and third in the event.

Continuing her winning form, Maharashtra’s Apeksha Fernandes created a new national record in the 200m breast stroke for girl’s Group II. She clocked an impressive 2:40.36 secs to improve the previous record of 2:43.01 held by Saloni Dalal. Apeksha finished well ahead of S Lakshya and Saanvi S Rao, both of Karnataka. While Lakshya clocked 2:45.03 to take the silver, Saanvi timed 2:46.49 to settle for the bronze.

The Best Swimmer awards for Group I boys’ went to Utkarsh Patil of Karnataka as well as Devansh Parmar of Gujarat as both amassed a total of 3 gold and 1 silver medals. In Group II boys, the individual award went to Navaneeth Gowda of Karnataka who bagged 5 gold medals.

In waterpolo, Bengal were the champions in boy’s category while Kerala won the title in girl’s category.

Cheetahs Set To Return To Indian Forests After 70 Years