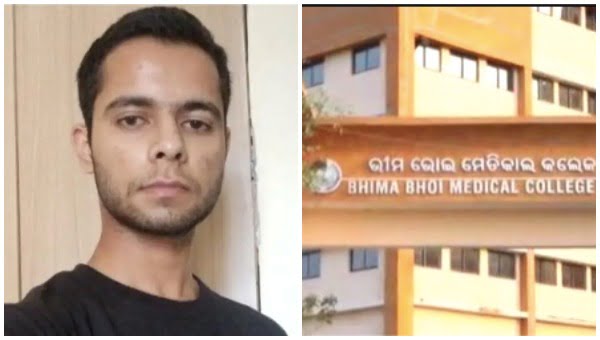 Balangir: A video clip has added a fresh twist to the death of Nishant Kumar, a first-year MBBS student at Bhima Bhoi Medical College and Hospital (MCH) in Odisha’s Balangir.

Kumar, who was from Haryana, died after falling off the roof of the hostel on the campus on April 22. His parents have alleged that he took the extreme step after being harassed and ragged by seniors.

The video clip contains the moments after Kumar reportedly fell from the hostel roof and died, according to a report in a local news portal, which has accessed the clip.

According to the report, the video shows Kumar being taken to a parking area after the fall, where a person, believed to be a staff of the college, allegedly searches the student’s pocket.

“They (medical college authorities) claimed they were checking his pulse but it appears inappropriate at that time. The video shows a different spot,” the report quoted the deceased’s uncle as saying.

The boy who took Kumar to hospital is seen standing at a distance in the video, the report said.

Kumar’s father has alleged that his son had been facing ragging since April 13, two days after he had arrived at the college, which forced him to take his life on April 22.

His family further alleged that the seniors had made WhatsApp groups and used to call juniors for ragging late at night.

On April 22, Kumar went to the hostel terrace around 2 pm after finishing his lunch. A few minutes later, hostel inmates came to know that he had fallen off the roof and sustained critical injuries.