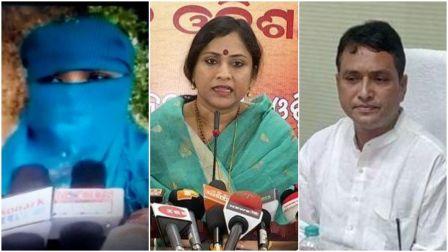 Bhawanipatna/Bhubaneswar: The gang rape of a college student inside a forest in Kalahandi district took a new turn on Friday after the 22-year-old victim accused a bus driver, who had given her a lift to her village, of being the prime perpetrator of the crime.

“I had gone to Bhawanipatna on September 14 for a medical check-up. There, Narendra Sabar alias Lalindra met me at the bus stand. He offered to give me a lift on his bike to my village,” the woman told the media.

“On the way, he received several calls on his mobile phone. Suddenly, he slowed down his bike near a temple at Banamalipur. Soon, six youths came out of Jaring forest behind the temple and dragged me inside the forest. Lalindra first raped me. Later, the other youths raped me,” she said.

“Police have arrested nine accused, but why did they let Lalindra go scot free? I will commit suicide if police don’t arrest him immediately,” she threatened.

Also on Friday, BJP state general secretary Lekhasri Samantsinghar alleged that Junagarh police had released Lalindra due to pressure by the ruling BJD.

“The fact is that Lalindra is the driver of a private bus Subhadra and the owner is Prabodh Rath, who is the working president of the Kalahandi district BJD unit. He is very close to the local MLA and minister Dibya Shankar Mishra, who had a role in the release of Lalindra,” Lekhasri told the media in Bhubaneswar.

She further claimed that soon after the incident came to light, Mishra, who holds the Energy, Industries and Home portfolios, had told the media that he had talked to the DIG, SP and Junagarh police to take stern action against the accused only to divert public attention. “As the victim has named Lalindra as the prime accused, let the minister direct Prabodh Rath to ask his bus driver to surrender to police,” she demanded.

On his part, the minister refuted the allegations. “This is a highly sensitive incident and it should not be politicized. Police are doing their duty with utmost responsibility and seriousness,” he added.