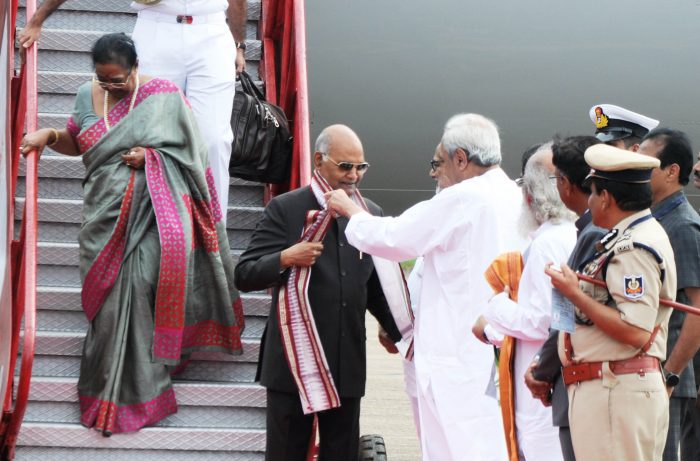 Bhubaneswar: President Ram Nath Kovind arrived in Odisha on a two-day visit on Friday. He was accompanied by his wife Sabita Kovind.

The President landed at Biju Patnaik International Airport in Bhubaneswar aboard a special flight of the Indian Air Force (IAF), Rajkamal, at 2.30 pm.

The President later left for Gopalpur in Ganjam district on an IAF helicopter.

According to his itinerary, the President will have a night halt at the Army Air Defence College at Golabandha.

On Saturday, he will attend the convocation ceremony of the Army Air Defence College at 8.30 am. Among others, Army chief Bipin Rawat will also attend the ceremony.

Later, the President will leave for New Delhi via Bhubaneswar.

Elaborate security arrangements have been made for the President’s visit.

SP (Berhampur) Pinaka Mishra informed that 12 police platoons will be deployed along the route lining the airport. Besides, senior Security Branch officers in Bhubaneswar will be in charge of the President’s motorcade. Also, 100 officers including additional SP, DSPs and inspectors will also be in charge of security.