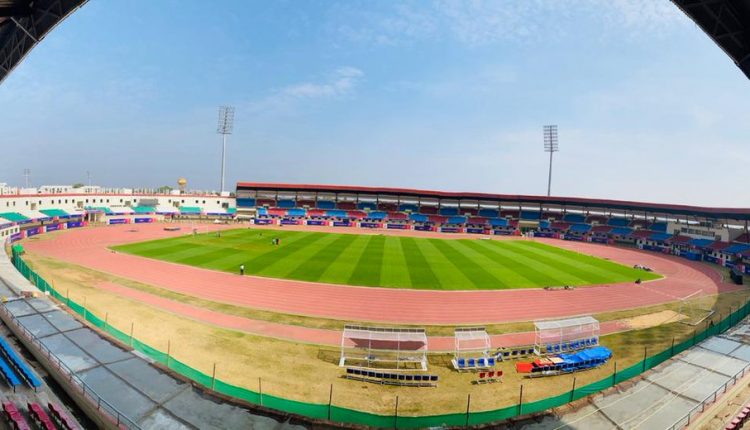 Bhubaneswar: After playing nine games and scoring nine points in venues outside the state, Odisha FC will finally get to play at Kalinga Stadium in its home city in the ongoing season of the Hero Indian Super League (ISL).

The franchise will clash with Jamshedpur FC at 7.30 pm on Friday.

The players are all pumped up ahead of the game and so is the club management.

Minister of Sports and Youth Services Tusharkanti Behera said, “It is an exciting moment for us all as Odisha’s ISL team Odisha FC play their first home match here at Kalinga Stadium. The stadium is match ready and will be hosting six home matches this season. I urge all football enthusiasts and sports lovers to come and cheer for their home team and enjoy a good game of football. I wish the entire team of Odisha FC a great season ahead.”

Speaking ahead of the game, midfielder Vinit Rai said, “Our job is to play and give our best on the pitch and that we will do for sure. But, if the people from Odisha will come to support us, it will be an extra boost of energy. I want the crowd to come in big numbers and support us throughout the match and throughout the season.”

Odisha FC CEO Mr. Ashish Shah has also expressed his delight saying, “It has been a tough season so far for the entire team as we have played all games away from Bhubaneswar. We are happy to now play in front of our fans. People in the state are very passionate about sports and we are hopeful that they will come in big numbers to support us at our home – Kalinga Stadium.”

Spectators can buy tickets from Paytm Insider and counter tickets are available near Gate No. 4 of the stadium.

Kalinga Stadium has been home to AIFF’s developmental side Indian Arrows and hosted 2019 Women’s Gold Cup, Indian Women’s League and the Super Cup in the last two years.

Odisha’s ‘Golden Baba’ Back In News, ED To Probe His Financial…