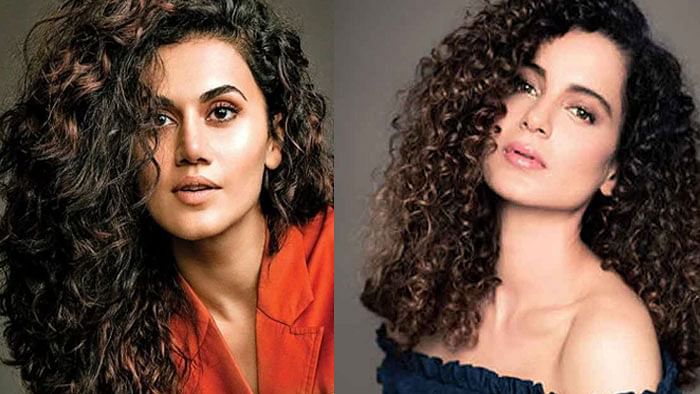 Kangana’s team alleged that Taapsee is reaping the fruits of the former’s struggles in the industry, yet she is always against the ‘Queen’ actress.

The team tagged Taapsee in a tweet which read: “Many chaploos outsiders consistently try to derail d movements started by Kangana, dey want to b in movie mafia good books, dey gt movies and awards fr attacking Kangana and dey take part in open harassment f a woman, shame on u @taapsee u reap the fruits f hr struggles bt gang up on hr.”

Choosing not to respond to Kangana’s team directly, the ‘Mission Mangal’ actress posted an inspiring quote by Gaskins on her Twitter handle instead.

“Bitter people. God loves them and so should we. Pray for them. They will find something negative to say about anything positive. They can’t be happy for you because they are disgusted with themselves. Don’t become bitter with them, become better and pray for their growth and maturity,” Taapsee posted.

Along with the quote, Taapsee wrote: “A couple of things have followed in my life, especially the last few months. Really helped in seeing life in a better light. Brought me a lot of peace n perspective so sharing it.”

Earlier, Kangana’s sister Rangoli Chandel had insulted Taapsee by calling her a cheap photocopy of her sister.

This Odisha Dist Extends Quarantine At TMCs To 14 Days