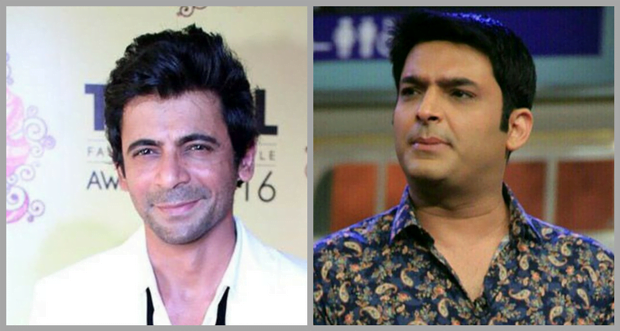 Mumbai: It has almost been one year since the infamous incident of comedian Kapil Sharma allegedly slapping co-star Sunil Grover emerged. Things took an ugly turn after Sunil quit the ‘Kapil Sharma Show’ and the TRPs started declining, forcing the channel to stop telecast.

While most might have thought the fight was a thing of past, a recent banter on Twitter between the two stars has once again fuelled the suspicion that all is definitely not well between the two.

It happened when a fan asked Sunil if he would be a part of Kapil’s upcoming show titled ‘Family Time With Kapil.’

Denying his participation Sunil wrote in Hindi that he had not been approached for the show at the first place and has therefore signed some other assignment.

However, it seemed to have irked Kapil who rubbished the allegations that Sunil was not approached for the show.

“Paji I called u more than 100 times n came to your house to meet u twice .. every time u were out for some show and all .. pls don’t spread rumors that I didn’t call u,” (sic) Kapil tweeted.

“Yes .. he is lying .. I called him 100 times n sent my people to his home .. even I went to his home to meet him for the show .. but now I will not let anybody take any advantage on my name .. enough is enough,” he wrote another tweet when another fan asked him to clear if he had specifically called Sunil to offer the aforementioned show.