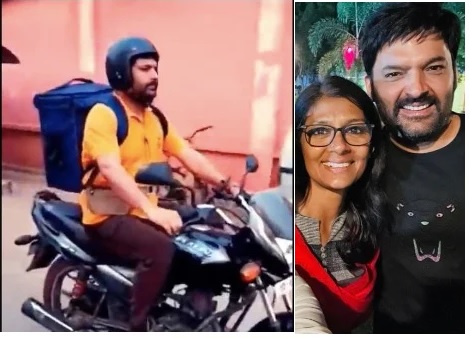 Bhubaneswar: Kapil Sharma-starrer ‘Zwigato’, which was shot in Bhubaneswar, will be screened at the 47th Toronto International Film Festival (TIFF) 2022 under the ‘Contemporary World Cinema’ section.

The actor-cum-comedian shared the first look of his upcoming movie on his Instagram handle and wrote “Applause Entertainment and Nandita Das Initiatives are proud to announce that our film ZWIGATO, written and directed by Nandita Das, starring Kapil Sharma and Shahana Goswami, will have its World premiere at the prestigious 47th Toronto International Film Festival [TIFF] 2022 in the ‘Contemporary World Cinema’ section.”

The actor will be seen alongside Shahana Goswami in the movie directed by Nandita Das.

The film features Sharma as a food delivery person exploring the world of gig economy, while Goswami plays his wife, a homemaker, who to supplement the family income, starts to work for the very first time.

It is pertinent to mention here that Zwigato is set in Bhubaneswar and the movie captures what an ‘ordinary’ family faces in the post-pandemic world.

“I found the perfect producing partner in Sameer Nair to tell this simple yet complex slice-of-life movie. I am thrilled that the Zwigato will premiere soon at the TIFF and this means a lot to me personally as I have debuted there both as an actor and director, with Fire and Firaaq, respectively,” Nandita, who has directed critically-acclaimed films such as “Firaaq” and “Manto”, said in a statement.