KBN Gang, Which Spread Fear Through Videos, Was Inspired By MP History-Sheeter 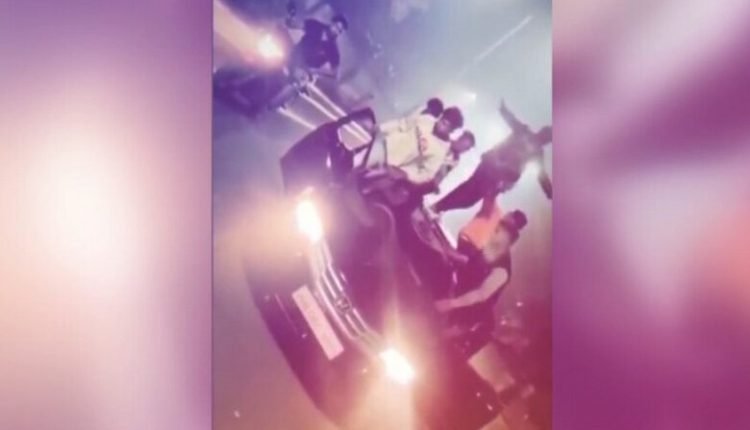 But unlike in movies, where the long arm of the law catches up with the bad guys in less than three hours, KBN gang struck fear among residents here for several months.

Many people stopped going to movie halls, malls and markets at night, fearing for their safety on the streets while returning.

As videos surfaced on social media of gang members dancing on streets with swords and pistols (some were apparently toy pistols), an impression went around that KBN gang was moving around the city in full public view with no fear of the law.

Residents thought the city’s streets were no longer safe.

How did they go unchallenged by police for so long?

As viral videos of sword-waving gang members became a talking point among people, residents felt scared to venture out and media mounted pressure, police finally cracked down on KBN.

KBN comprises 30 members. Seven were arrested recently, two more surrendered, four of their houses were raided and weapons, among them toy guns, seized by police.

The police custody of five members ended on Sunday and they will be produced in court today.

But gang leader, Bubu alias Debi Prasad Jena, remains on the run. He has more than 20 cases against him, police said. Jena’s father is a policeman. Police recently raided his house at Talabania near Pokhariput.

The members used to hang out at tea or paan stalls at different places at night, Bhubaneswar DCP Umashankar Dash said recently.

The gang’s notoriety spread mainly through videos on social media — videos shot on cellphones not by terrorised passersby and onlookers but by KBN members themselves.

In police language, that was their ‘modus operandi’ to spread their infamy.

And it achieved the desired result.

KBN first filmed a short video with some anti-social elements in Unit-8 here. That video was forwarded to some jobless local youths, police said.

Some of them joined the gang. More videos were shot and put on social media. Lately they were involved in clashes with other gangs in the city. In CRPF chhak, the gang even chased another gang, in a scene straight out of a Bollywood movie.

But the videos that made them notorious also led police to finally crack down on them.

A few weeks ago, a woman came forward and spoke to a TV channel how she and her fiancée were pulled out of their car and beaten up in the city. Her fiancé lay bleeding on the road after passing out. The KBN gang is suspected to be behind the incident.

A man who lives outside Odisha and was planning to relocate to Bhubaneswar said he did not feel safe about moving to the city unless police take measures to make the streets safe.