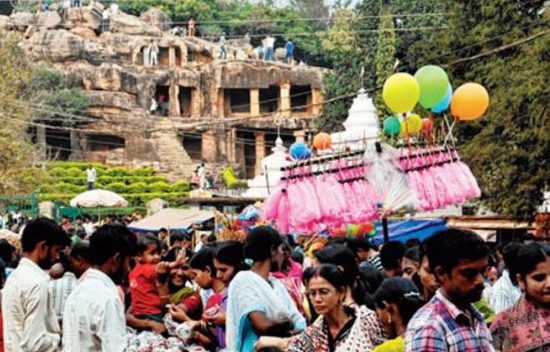 According to sources, the BMC took the decision at a high-level meeting chaired by Bhubaneswar mayor Sulochana Das on Saturday. As per the decision, the Khandagiri Mela will open on January 28 and continue till February 10.

Similarly, curtains will go up on Khandagiri Jatra on January 30. The BMC has decided to allow 5 theatre troupes to participate in the Jatra which would also go on till February 10, the sources said.

The municipal authorities have set certain guidelines for the organisers for staging the Jatra. While no loud-speakers would be allowed during the show, the troupes have been told not to use script and dialogues that will hurt the sentiments of any section of the society or community.

The organisers must ensure that there would be no parking of vehicles on the roads. The BMC would make arrangements for parking space at Melan ground, OSRTC field and ASI campus, the sources added.
Emphasising on sanitation measures during the Mela period, the BMC has directed all 250 stalls to make own arrangements for disposal of garbage and not litter those in the area. The restrictions on use of plastic would also be enforced.
Among others, officers from Commissionerate of Police, departments of Health, Electricity and Drinking Water, representatives of puja committees and Jatra troupes attended the meeting.
It may be noted that both Khandagiri Mela and Jatra had been suspended for the last two years due to COVID pandemic.
Share FacebookTwitterGoogle+ReddItWhatsAppPinterestEmail