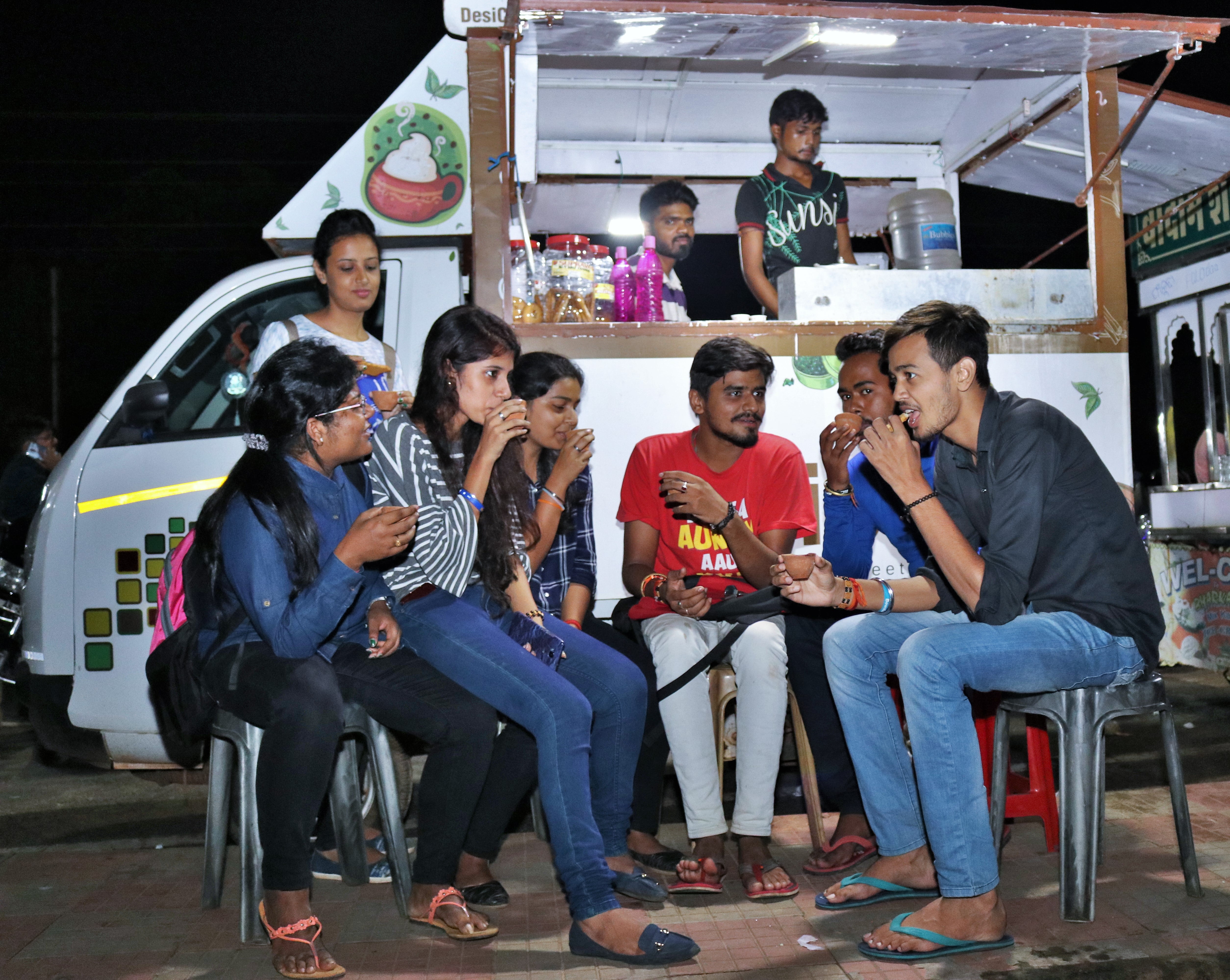 Do you think that Raj Mahal Khati in Bhubaneswar can have a GI tag? Why not if we build a case, because there is a case.

I have seen a lot of Khati in places I had not expected – Greece, Spain, Estonia. Small groups (mostly men) milling around a street corner and spending time aimlessly or leisurely, without any haste. Remarkable is the way people find time and newness every time they meet the same set of people and in similar social and physical settings, day in and day out. This is an ode to the human spirit, which is always craving for intimacy despite close proximity. Maybe that intimacy can’t be saturated? Or it cannot overwhelm.
I think the closest to Khati in English language would be a commune. Sociologists have discovered two distinct patterns in communes. Richard Sosis and Eric Bressler had studied 19th-century communes in the U.S. The first feature was that more demanding communes lasted longer. Bigger sacrifices fostered greater emotional commitment to the group. In Cuttack, Berhampur, Bhubaneswar, Sambalpur and in many other places in Odisha I know of persons who have during their working life and also in retirement, run to Khati like a mongoose to morphin or maybe even more strongly.

There is an unparallel commitment to Khati time. No other social cause or event can wean serious Khati participants away. About 15% of the time there is silence in Khati till one of the members is picked up for “riling”. This ‘riling’ is fun and the binding factor. No value judgements, no holds barred, the riling or the teasing takes turns. About 80% time is spent on animated, excited opinions on politics, mostly current politics. If the Khati has younger population then the discussions could get into the ‘romance’ space with even prescriptions thrown in generous doses for many ‘romance related complexities’. 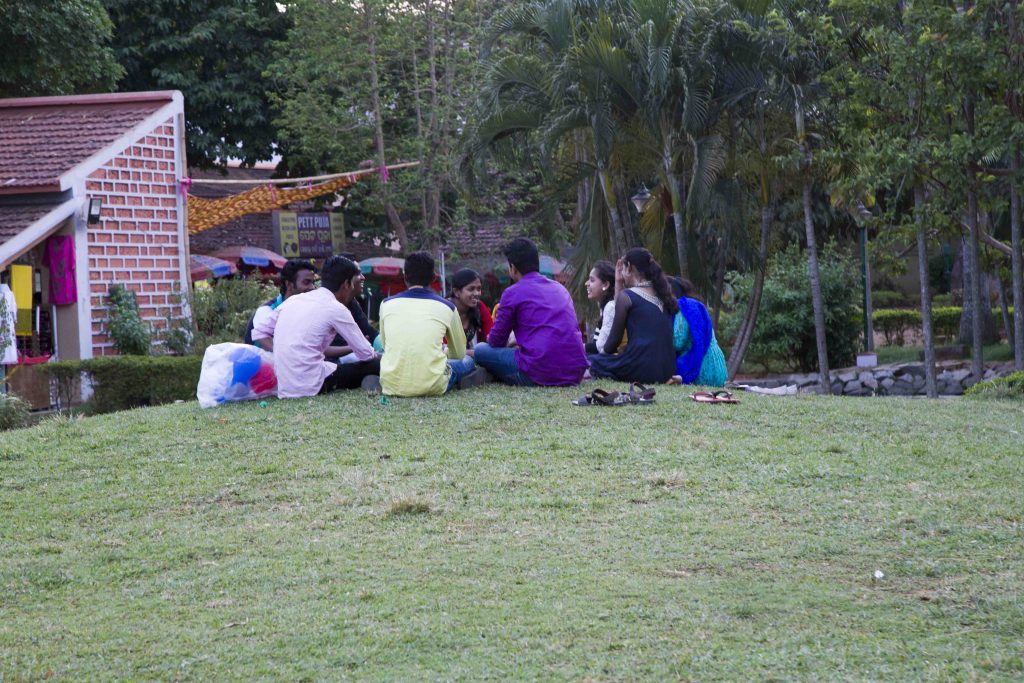 Many get handholding support in Khatis. Communes are supposed to build communities. Khatis build clusters of cohesive groups, not necessarily always homogeneous, ready to stand by the group members. Funds support, networking for business development, marriage liaisons, healthcare issues get sorted out in a Khati and through a Khati.
Cuttack Khatis are traditionally so strong that they are known to run almost parallel to households. So strong is the call of Khati that members forget chores to come and join Khatis during evenings. Families complain of neglect owing to Khati exhilaration. Such is the magnetism of Khati. It is liberating. It allows one to dream and share the dream. There is no official space provided to hold Khati sessions but the parliament of Khati sitting under a tree or a makeshift arrangement, which eventually never shifts anywhere is the charm of a Khati. It is not a club. It is an informal assembly with highest attachment and loyalty of members. There is nothing official about a Khati. But the free, non caveat, human touch is the glue.

Established Khatis run (sit every evening) in the same place and have been passed on to juniors systematically over the years. There are iconic Khatis like the Stadium Khati, Ravenhaw Nakula Khati, Balu Bazaar Khati, Chandni Chowk Khati, Chandi Mandir Khati, Buxi Bazaar Khati in Cuttack. Bhubaneswar was late in adopting to Khati style because it was born late. But in the last three decades, Mausi Maa Khati, Bapujee Nagar Jhadu Khati, Jharana Khati, IRC Khati, in Bhubaneswar have built inter-generational relevance.

Detractors say that Khati is a place for people who have nothing else to do. But why do you always want people to do something? Isn’t ‘not doing anything’ also doing something?
‘La Dolce Far Niente’ is an expression in Italian, which means the ‘sweetness of doing nothing’. My zen approach tells me that ‘Doing nothing is the opposite of the state of doing. It is the state of being’. When I rush to a Khati, it is the same exuberance inside, which tells me that for the next few hours, I don’t have to do anything, nor prove a point to any of my Khati members and I can drop my guard and be myself. Khati gives the space, the arena to be myself. It is a breathing space, after one is asphyxiated outside. Many Khati members are misunderstood at home. But they are not escapists by intent. But the escape comforts day-to-day grind of life. It is a happy collateral. 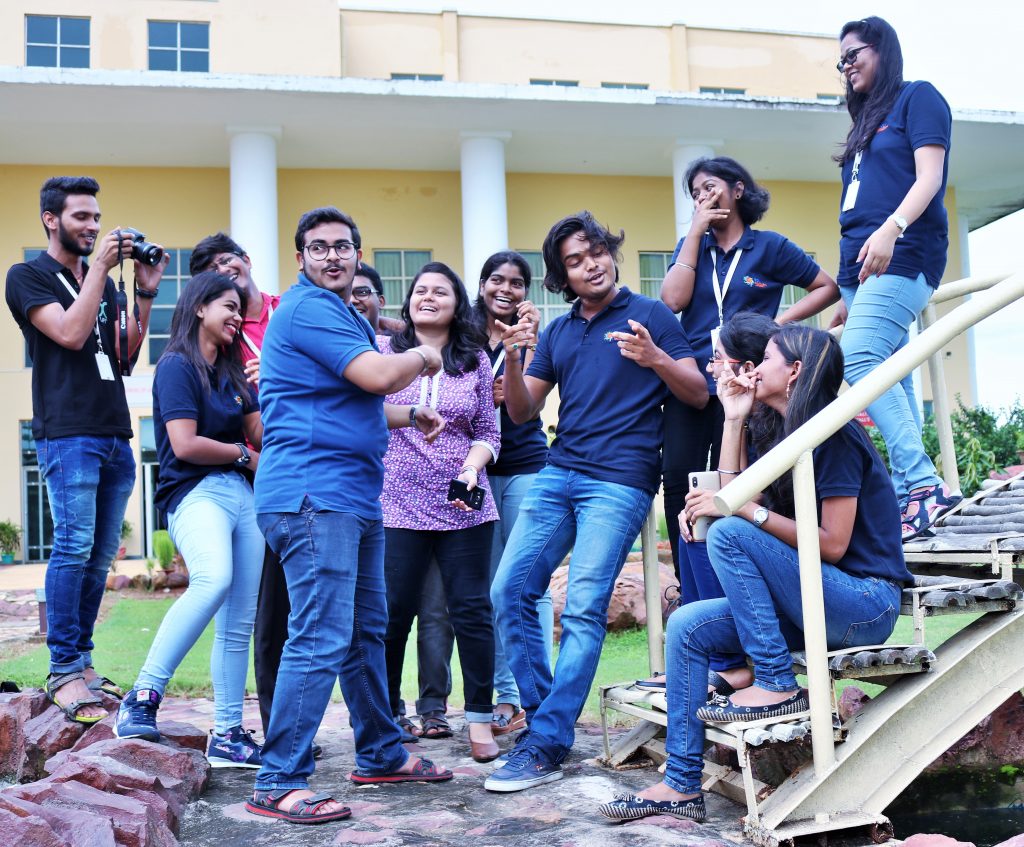 Khatis can have different nomenclatures or salient features depending on the composition of the members, the geography of the region, the patron of the Khati etc.
Jhadu Khati started because Jhadu allowed the Khati to hold sessions in front of his paan shop in Bapujee Nagar. Barju or Dada shop did the same in front of the stadium in Cuttack. Buxi Bazaar Khati had our seniors who were cash rich in the then trawler business in Paradeep. The members had bikes and cars and quite a unique style. Almost every night they landed up in Hong Kong Chinese restaurant for a lavish dinner. Not all Khatis can have that kind of luxury. In Berhampur, near Ganjam Club, the Khati had mostly young lawyers and the discussions were political or a waging gang war.

Paan has been a common spread everywhere, the paan shop owner, the senior or influential speaker and participant in the discussions. This was nonchalantly at the cost of his business. Who cares for money and business when the Khati is in full swing? Evenings before Puja or events were charming, and the nostalgia is overwhelming.

There is a liberal amount of utopia in a Khati and there is no urban rural divide. In villages, you have Bhagabata Tungi or even Khatis with younger college going youths. Bhagabata Tungi, have been the socio-cultural centre in every Odisha village. Odisha is making efforts to revive Bhagabata Tungis because the Tungis are a confluence of the quaint society of a village – where old, young from all walks of life and all strata gather to enjoy, learn, discuss and ultimately develop and promote value systems with the typical comity of Odia life.
A commune often becomes an anchor. Khati has befriended people in their highs and lows. This class-less congregation gives room for mutual understanding and empathy. A sister’s marriage is the cumulative responsibility of all the Khati members, a sick parent of any member has to be attended by all members in shifts, a member’s house can be built with the networking and funds support of a Khati. It is a great repose, one without any hang ups or guilt trips. 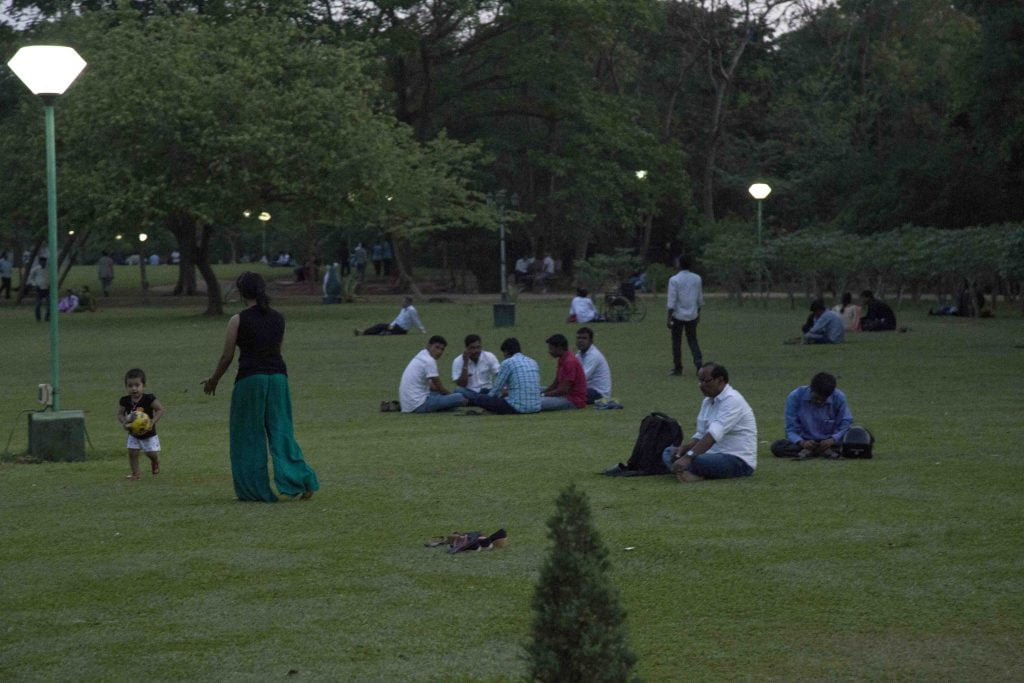 I have looked for a Khati in places like Manhattan Square. I found them there, but they are almost like Khati on the move, very mobile Khati. Speed of life has percolated everywhere, even into the pauses of life. My friend Alok and I saw some in the bay area in the US. But they are essentially vendors gathering and sharing a smoke before they head out to their next sales. Yes, there is bantering in between and that classifies as a Khati – a little respite in between tumults.

If Jobra Khati at one point had Akshaya Mohanty and Ravenshaw rebels spin intellect and campus rebellion, I am sure that today seniors sitting in front of Jayadev Bhawan have Kalia scheme or World Cup Hockey to discuss and debate upon. The show must go on, the tarka, bitarka (arguments) must continue unabated. 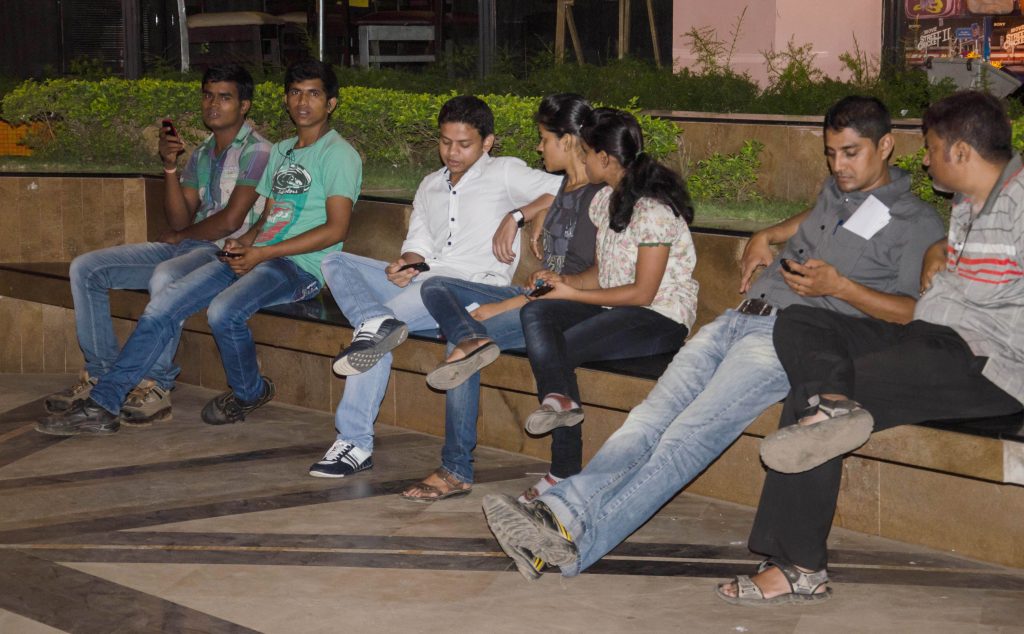 Freewheeling freethinking, free debate and free spirit needs space and freedom. Khati is a lively courtyard, which makes a boho out of a conformist.

Khati gives fillip to counter culturists but within the contours of systems and compliances. That’s the beauty of serendipity flowing out of Khati’s fertility.

Space without shackles is the key to soft power of Odisha. Khati is a key to this key.
You can do nothing and yet do everything – try attend a Khati if you haven’t yet.

(The writer is a columnist based in New Delhi)

Disclaimer: The views expressed in the article are those of the writer and do not necessarily reflect that of the web portal.

20 Killed In Suicide Bomb Attack Outside Hospital In Afghanistan